The Turkish foreign ministry said statements by the spokesmen for the German chancellor and foreign ministry constituted "diplomatic rudeness" and the judiciary cannot be instructed or counseled by anyone.

Turkey slammed Germany on Thursday for its statements demanding the release of a German human rights activist, describing it as "unacceptable" and an attempt to interfere with the Turkish judiciary.

In a statement, Turkey's foreign ministry said they have kept Germany's charge d'affaires in Ankara informed of Peter Steudtner's case, adding that "the independent Turkish judiciary must be trusted." There were no impediments to consular access, according to the statement.

Press Release Regarding the Statements of German Authorities https://t.co/BF0XHrXsJt

Turkish President Tayyip Erdogan's spokesman on Thursday lashed out at Germany after Berlin threatened to end corporate investment guarantees, saying Ankara could not accept such a stance, escalating a row between the NATO allies.

"It is not possible for us to accept statements aiming to blur the economic environment based on political motivation, we hope they turn back from this," Ibrahim Kalin told a news conference in Ankara.

A Turkish court on Tuesday arrested Steudtner for alleged links to terror groups pending trial. Rights groups say that the activists, including Steudtner, were in Turkey to attend a digital security workshop for activists when the group was detained in a police raid earlier this month.

The Turkish foreign ministry said statements by the spokesmen for the German chancellor and foreign ministry on Wednesday constituted "diplomatic rudeness" and said the judiciary cannot be instructed or counselled by anyone.

The foreign ministry accused Germany of holding a "double standard," saying it harbours members of terror groups and prevents their trial.

Already in prison are two Turkish-German journalists, Deniz Yucel and Mesale Tolu, who have been accused of aiding terror groups.

Turkish President Recep Tayyip Erdogan has repeatedly said the activists were involved in a meeting that had the "nature of a continuation" of the coup attempt. According to the Turkish government, Fethullah Gulen and his network orchestrated the failed coup of July 15, 2016, which killed 249 people and injured 2,000 others.

Following the failed coup, more than 50,000 people have been arrested and 110,000 dismissed from their jobs for alleged links to US-based cleric Fethullah Gulen and other terror groups.

Turkey's Foreign Ministry responded to the announcement by German Foreign Minister Sigmar Gabriel, regarding a range of steps against Ankara in response to the detention of a German human rights activist, stating that there had been a serious confidence crisis between Berlin and Ankara recently.

"Germany is a country which is an ally and a friend, but recently relations have experienced a confidence crisis. The reason for this confidence crisis is Germany's double standards against Turkey."

"Germany allows PKK and FETO members to roam freely in the country and at the same time makes unacceptable demands such as asking for the release of suspects who have been either arrested or detained on terror charges in Turkey."

It added that the relations should not be conducted by blackmail and threats but according to international norms and principles.

"German Foreign Minister Sigmar Gabriel's statements today are unacceptable, one-sided and the latest example of this."

"Our Constitution guarantees that no institution, authority, department or person can give orders or instructions to the Turkish judiciary," the statement added. 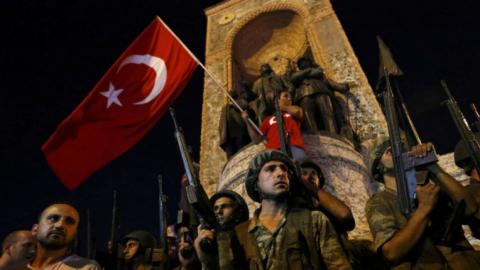 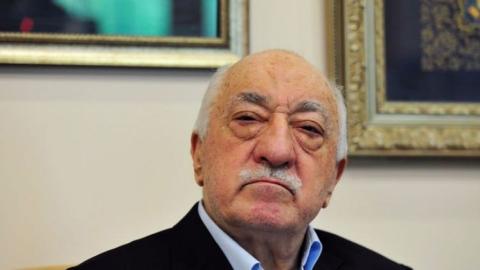 Turkey formally requests US to arrest Gulen over coup plot 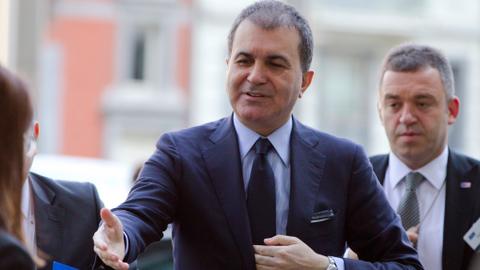 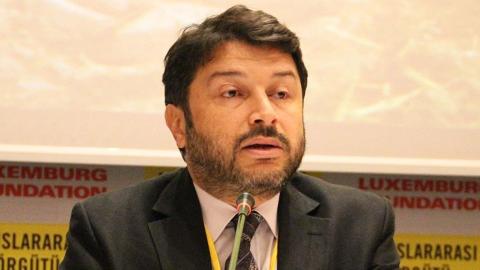