"We strongly curse the ignorance and omitting the legitimate rights and benefits of the Turkish Cypriots and the Republic of Turkey based on international law," said the declaration.

"It should be known that Turkey and Turkish Cyprus have the capability to protect their rights based on international law without bowing to any pressure," it added.

The declaration calls on the EU "to exhibit a fair and impartial attitude and abide by international law."

The declaration followed a conclusion by the EU Foreign Affairs Council on Turkey’s drilling activities in the Eastern Mediterranean.

The council also decided to suspend negotiations on the Comprehensive Air Transport Agreement and not to hold the Association Council and further meetings of the EU-Turkey high-level dialogues for the time being.

HDP, which is believed to have links to the PKK terror organisation, did not put its signature on the parliament's declaration.

This spring, Ankara sent two drilling vessels — the Fatih and the Yavuz — to the Eastern Mediterranean, asserting the rights of Turkey and Turkish Cyprus over the resources of the region.

The Fatih launched offshore drilling operations this May in an area 75 kilometres (42 nautical miles) off the western coast of the island of Cyprus.

Athens and Greek Cypriots have opposed the move, threatening to arrest the ships’ crews and enlisting EU leaders to join their criticism.

In 1974, following a coup aiming at Cyprus' annexation by Greece, Ankara had to intervene as a guarantor power. In 1983, the TRNC was founded.

The decades since have seen several attempts to resolve the Cyprus dispute, all ending in failure. The latest one, held with the participation of the guarantor countries — Turkey, Greece, and the UK — ended in 2017 in Switzerland. 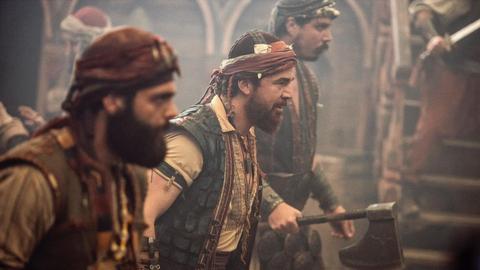