The FBI representative was summoned after Huseyin Korkmaz, a fugitive and former Turkish police supervisor, said he received financial help from the bureau. Korkmaz was testifying in the US case against Halkbank executive Mehmet Hakan Atilla.

The US Federal Bureau of Investigation (FBI) representative to Turkey has been summoned to the Directorate General of Security in Ankara after the testimony of a former Turkish police supervisor in the US case against Halkbank executive Mehmet Hakan Atilla.

Attila, the former deputy CEO of Turkey's public Halkbank has been charged with violating US sanctions on Iran. The high profile case also involves Reza Zarrab, the Turkish-Iranian businessman who struck a plea bargain and is now the prosecution's star witness.

In his testimony, Monday, the former officer Huseyin Korkmaz, suspected of being tied to the Fetullah Terrorist Organisation (FETO), said the FBI gave him $50,000 in financial assistance and the prosecutor's office helped pay for his rent.

Korkmaz said that he began investigating Zarrab in 2013 for smuggling gold and money laundering. He had also stated to the Turkish court that he never saw evidence that Atilla had taken bribes. Korkmaz illegally left the country in 2016 and changed his ID.

Korkmaz said he came to the country with assistance from US authorities and smuggled audio recordings and other evidence from the case out of Turkey, which he handed over to the authorities.

Turkish authorities say Korkmaz is a key name in the trial and has given contradictory statements. While in custody, in Turkey, he denied that 'he had anything to do with' the 2013 probe, that President Recep Tayyip Erdogan said was aimed at toppling Turkey's government and was orchestrated by US-based FETO leader Fetullah Gulen.

After arriving in the US, Korkmaz changed his story and confessed to being the investigator in charge of the case with eight officers directly working under his command. 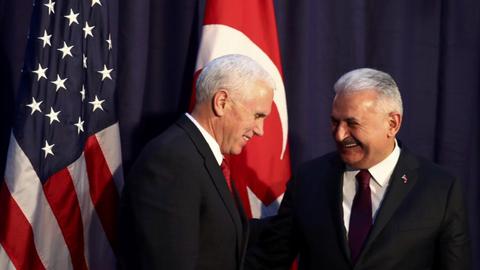