Why Turkey is better-equipped to tackle coronavirus

The country has the highest ICU bed capacity per 100,000 people compared to European countries, the US and China.

As the world continues to be gripped by panic because of the coronavirus pandemic, each affected country has had almost a similar response to the crisis.

While social distancing has been the first advisory almost all countries have issued, the global powers such as the US and several European countries are facing intense scrutiny over the sufficiency of their healthcare services, which play a vital role in containing the virus.

As we break down, some essential components of healthcare infrastructure show how Turkey is better equipped than the US and many European countries.

The intensive care unit, also known as the intensive treatment unit, is a special branch of hospitals where patients in critical conditions receive life support and 24/7 medical scrutiny.

Turkey has the highest ICU bed capacity per 100,000 people compared to most European countries, the US and China.

However, the ICU bed numbers will rise because of the inauguration of big city hospital projects in the last two years.

Italy, the most severely affected European country from coronavirus, has 12.5 critical care beds for every 100,000 people. On the other hand, the number is 11.6 for France, 6.6 for the UK and below five in Portugal.

In Europe, detected cases have already passed 50,000 which also increased the number of people in critical condition.

Doctors and healthcare workers take on the most critical roles in fighting against the outbreak. At this time, in many countries, they work day and night with great effort and self-sacrifice.

The number of doctors varies from country to country. Austria has the most doctors in proportion to its population, it has 5.2 doctors per 1,000 inhabitants according to the Organisation for Economic Co-operation and Development (OECD) report for 2018.

Germany has also a good score in this respect by having 4.3 doctors per 1,000 people, while Italy has four.

When it comes to Turkey, despite having the most critical care infrastructure in the world, the number of doctors per inhabitant is about 1.8 per 1,000. The number of healthcare workers is twice that of doctors in the country.

Japan and South Korea are the most advantageous countries in the world in terms of bed capacity in hospitals. Japan has 13.1 beds per a thousand people while South Korea has 12.3.

Total bed capacity is another important factor in the current crisis. The medium of OECD countries’ bed capacity per 1,000 is 4.5, while the EU countries it is 5.1.

The number of beds per 1,000 inhabitants is about 2.8 in Turkey, where public hospitals have 75 percent of the total bed capacity. 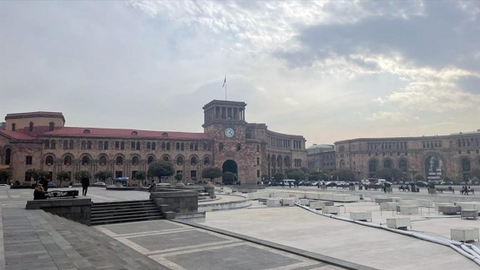