Dozens of migrants are feared dead by the UN after two boats carrying 300 migrants capsized in the Mediterranean.

Up to 150 Europe-bound migrants were missing and feared drowned on Thursday after the boats they were traveling in capsized in the Mediterranean Sea off Libya, the coast guard and the UN refugee agency said.

Ayoub Gassim, a spokesman for Libya’s coast guard, said that two boats carrying around 300 migrants capsized around 120 km east of the capital, Tripoli. Around 137 migrants were rescued and returned to Libya and one body has been recovered so far, he added.

Charlie Yaxley, a spokesman for the UN refugee agency, said 147 had been saved. “We estimate that 150 migrants are potentially missing and died at sea,” he said.

After the uprising that toppled and killed Muammar Gaddafi in 2011, Libya became a major conduit for African migrants and refugees seeking a better life in Europe.

Traffickers and armed groups have exploited Libya’s chaos since his overthrow, and have been implicated in widespread abuse of migrants, including torture and abduction for ransom.

Earlier this week, the Libyan coast guard intercepted around three dozen migrants off the coast and took them to a detention centre near Tripoli where an air strike killed more than 50 people earlier this month.

Over 200 detainees are still being held at the Tajoura detention centre, near the front lines of fighting between rival Libyan factions. The UN has expressed concern for their safety.

In recent years the European Union has partnered with the coast guard and other Libyan forces to prevent migrants from making the dangerous journey by sea to Europe.

Rights groups say those efforts have left migrants at the mercy of brutal armed groups or confined in squalid detention centres that lack adequate food and water.

At least 2,500 migrants are detained in centres in and around Tripoli, where forces loyal to warlord Khalifa Haftar have been battling an array of militias loosely aligned with a UN-recognised government since April.

The government blamed the air strike on the detention centre on Haftar’s forces, which denied responsibility and accused government-linked militias of storing weapons at the facility.

The UN refugee agency says 164 migrants have died traveling from Libya to Europe since the start of the year, fewer than in previous years. But the UN says the journey is becoming more dangerous for those who attempt it, with one out of four perishing at sea before reaching Europe. 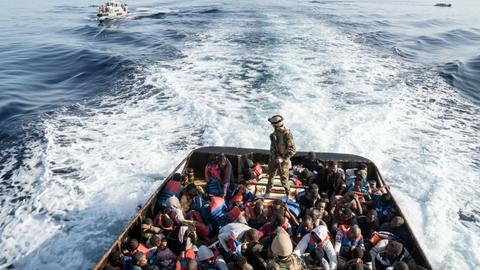 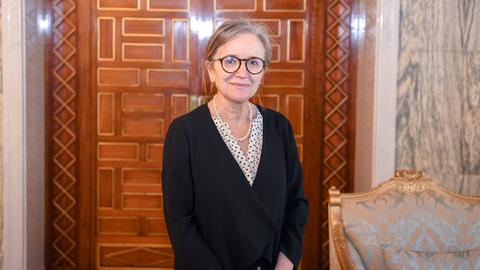