Landslide was caused by torrential rains that have fallen in the country over the past few days as well as the wider region, with neighbouring Central African Republic and Nigeria also seriously hit, according to a local official.

At least 42 people were killed after their houses were swept away Tuesday in a landslide caused by torrential rain in the western Cameroon city of Bafoussam, state media reported, showing images of rescuers desperately sifting through rubble for survivors.

"Searches are ongoing. We fear there are further deaths," a senior local official told AFP on condition of anonymity as nightfall neared.

A total of 42 bodies were taken to the hospital in the city, according to an official statement read on Cameroon Radio Television (CRTV).

Media reports had earlier spoken of about 30 dead, with the radio reporting that four pregnant women were among the victims.

Pictures of the tragedy in Bafouassam posted on social media showed ramshackle houses having crumbled into the ochre-coloured terrain and men clad in hard hats digging away at piles of mud in the search for survivors.

"The houses that collapsed were built on the side of a hill in a risk zone," said the local official in the West Region, of which Bafoussam is the capital, some 300 kilometres (185 miles) northwest of the capital Yaounde.

He said the landslide was caused by torrential rains that have fallen in the country over the past few days as well as the wider region, with neighbouring Central African Republic and Nigeria also seriously hit.

Cameroon President Paul Biya offered his condolences to families of the victims in a message broadcast on CRTV.

Landslides are quite exceptional in the area although further south they are less rare in the rainy season, notably in the English-speaking southwest.

It was in the southwestern coastal resort town of Limbe that five people died in a landslide following flooding in July last year.

Neighbouring Central African Republic, already mired in a brutal civil war, is reeling from 10 days of torrential rain which have plunged swathes of the country underwater, creating a new emergency in one of the world's poorest nations.

Tens of thousands of people have been left homeless after the CAR's largest river, the Oubangui, burst its banks at the height of the country's worst floods in decades which have left parts of the capital Bangui submerged, prompting authorities to warn of the risk of cholera.

Several agrarian states in another Cameroon neighbour, Nigeria, have also been hit by flooding. A torrential downpour Monday allowed dozens of inmates to escape from prison in the central state of Kogi. 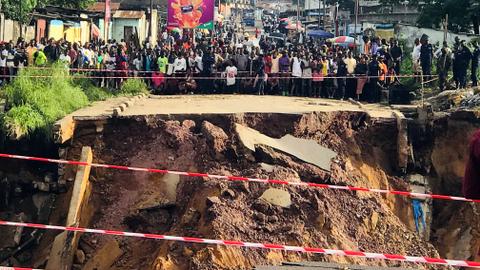 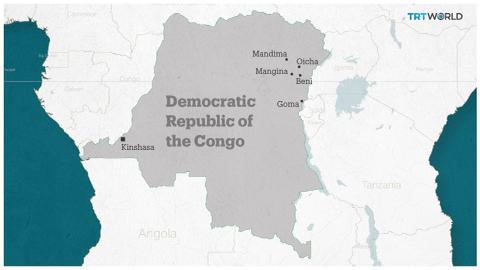