In South Africa, millions of small-scale farmers find it hard to make ends meet with the lack of easy access to markets. But Khula app allows businesses to order fresh, organic vegetables straight from the ground.

An award-winning app in South Africa is helping emerging small-scale farmers connect with supermarkets by making it easier for them to market, sell and transport their produce.

Its founders say they created the app to find 'African solutions to African problems'.

Over six hundred farmers use the app and notable clients include Pick n' Pay, the Michelangelo Hotel and the Sandton Convention Centre.

One of the farmers benefitting from using Khula is 29-year-old Owen Mulaudzi, who says he's seen significant growth in his produce.

He says the app has taken away a lot of the stress about how to get his goods to market.

Through charging a small percentage on each transaction as well as a fee for managing the logistics, Khula has generated half a million rands in its first three months, proving the value of the business.

The co-founders plan to expand in parts of the continent and introduce the app to other emerging markets such as Brazil and India. 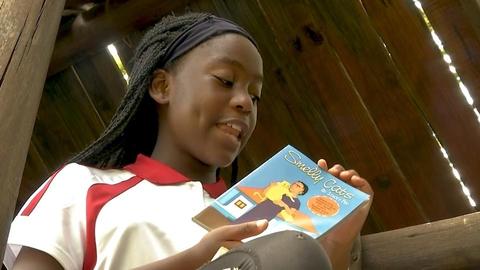