Cellou Dalein Diallo, 68, made the announcement without waiting for Guinea's electoral authority to publish the official tally from Sunday's presidential election.

"In spite of the anomalies which marred the ballot on 18 October ... I am victorious," he told a news conference in the capital Conakry on Monday.

However, Bakary Mansare, the vice-president of the electoral authority, told AFP that Diallo's victory claims was "premature" and "void".

The move came after the opposition leader – the top contender among 11 candidates challenging 82-year-old Conde – had suggested the president would "cheat" his way to power.

Diallo's party activists also said they would conduct their own vote count, out of distrust for the independence of the national electoral authority.

Prime Minister Kassory Fofana said that such a tactic was tantamount to pouring "oil on the fire."

Guinea has been rocked by months of political unrest, driven by opposition to a third Conde term.

The president pushed through a new constitution in March which he argued would modernise the country. But it also allowed him to bypass a two-term limit in office.

Security forces suppressed mass demonstrations against a Conde third term, in which dozens of protesters were killed.

Campaigning leading up the first-round presidential vote this weekend was also marked by several violent incidents.

It raised the spectre of ethnic strife too, with Conde accused of exploiting divisions for electoral ends – a charge he denies.

Guinea's politics are mainly drawn along ethnic lines: the president's base is mostly from the ethnic Malinke community and Diallo's from the Fulani people.

Official vote results are expected to be released within the week, according to Prime Minister Fofana. If needed, a second-round vote is scheduled for November 24. 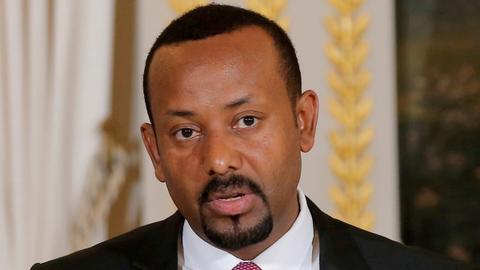