The Supreme Court ruled that the "the constitution amendment bill of 2020 is unconstitutional," dealing a blow to President Uhuru Kenyatta and his allies ahead of key elections in August.

Kenya's top court has ruled that a controversial bid by President Uhuru Kenyatta to change the constitution was illegal, dealing a blow to him and his allies ahead of key elections in August.

But Thursday’s ruling left open the possibility for the reforms – popularly known as the Building Bridges Initiative (BBI) – to be submitted again by parliament or through other means, so long as the president did not have a hand in the changes.

"The constitution amendment bill of 2020 is unconstitutional," the Supreme Court said in a majority ruling, ending a nearly two-year legal battle over the proposals.

"The president cannot initiate constitutional amendments or changes through popular initiative under article 257 of the constitution," it said.

The reforms would have expanded the executive and increased the number of parliamentary seats, in the biggest change to Kenya's political system since the introduction of a new constitution in 2010.

Kenyatta had argued that the change would make politics more inclusive and help end repeated cycles of election violence.

I said repeatedly that BBI is unconstitutional, I said that Uhuru Kenyatta has no power to commence amendment of the constitution through a popular initiative ....today I have been vindicated by the Supreme Court..Hallelujah pic.twitter.com/9Krw1Zms6s

Thursday's decision came after the High Court and Court of Appeal ruled against the proposed amendments last year.

The appeals court even said Kenyatta could be sued in a civil court for launching the process.

But the Supreme Court ruled unanimously against this idea.

"Civil proceedings cannot be instituted in any court against the president or the person performing the functions of the office of the president during their tenure of office in respect of anything done or not done under the constitution," it declared.

BBI's detractors – including Kenyatta's estranged deputy William Ruto – say it is a little more than a naked grab for power by a two-term president who cannot run a third time.

The timing of the reforms spurred speculation in recent years that Kenyatta was seeking to remain in power by establishing the post of prime minister as part of the BBI. 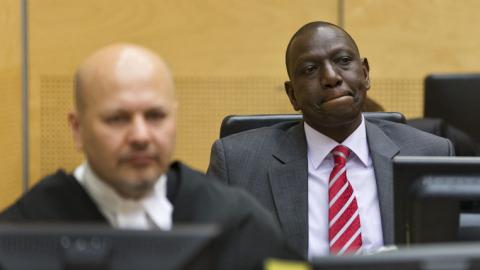