"Reopening airspace at Mitiga international airport after maintenance and cleaning... so that airlines can renew their flights," the facility's management said.

Flights have resumed from the Libyan capital's sole functioning airport as calm returned to the outskirts of Tripoli on Monday.

"Reopening airspace at Mitiga international airport after maintenance and cleaning... so that airlines can renew their flights," the facility's management said late Sunday on Facebook.

Flights from Mitiga airport were suspended for several hours on Sunday after rocket fire hit the airport, a few metres (yards) from the runway where planes were parked, violating a temporary truce.

The UN-recognised government and forces loyal to strongman Khalifa Haftar had agreed to a truce for the Muslim holiday of Eid al Adha that began on Sunday.

The GNA listed conditions, including a cessation of troop movements, for the truce with Haftar's self-styled Libyan National Army.

The GNA blamed Haftar's forces for the attack on the airport, in which no casualties or serious damage were reported, and for a separate alleged attack in the Soug al Jomaa district of Tripoli.

Located east of Tripoli, Mitiga is a former military airbase that has been used by civilian traffic since Tripoli international airport suffered severe damage during fighting in 2014.

Mitiga is in a zone under the control of forces loyal to the Tripoli-based Government of National Accord (GNA) and has often been targeted.

Over the past four months, 1,093 people have been killed in the fighting and 5,752 wounded, according to the World Health Organization (WHO), while more than 120,000 people have been displaced.

Libya has been mired in chaos since a NATO-backed uprising that toppled and killed the former leader Muammar Gaddafi in 2011. 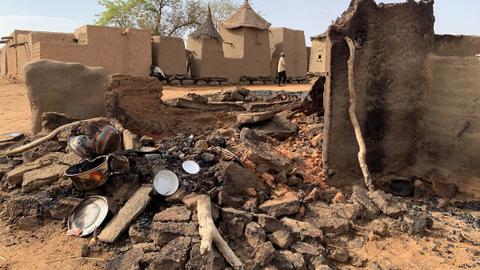 At least 32 killed in attack on Mali village 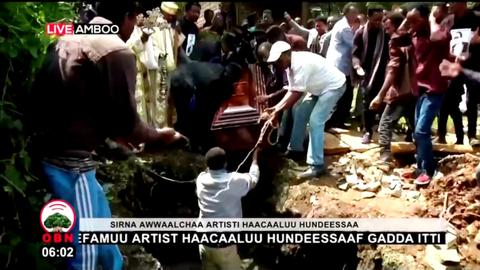