Authorities believe the death toll from the tragedy could increase as the scale of the accident becomes apparent.

At least 10 people were killed on Monday and scores injured when a seating area collapsed during a major Orthodox Christian celebration in Ethiopia, with fears the death toll could rise.

The accident occurred just before 8 am (0500 GMT) on Monday in Gondar, a historic city in the country's north, where every year more than a million people gather for the epiphany festivities known as Timkat.

Two doctors at the University of Gondar Hospital told AFP that 10 people died when the spectator stands gave way suddenly at Fasilides' Bath, where thousands typically gather to watch worshippers plunge into the holy waters.

"I can tell you up to now we have 10 dead. The number of injured is 100 or even 150," said one senior doctor at the hospital. A second doctor confirmed the toll.

UNESCO added Timkat to its list of Intangible Cultural Heritage of Humanity last month, and the event draws huge crowds from across Ethiopia and abroad.

Hundreds had been sitting on a tiered wooden structure for hours when it collapsed. Witnesses fleeing the scene said an untold number were crushed, suggesting the casualty count could rise.

Another hospital source said the injured were suffering from fractures and internal bleeding.

Emergency vehicles struggled to part the crowd to enter the site and take victims to the hospital.

Once the site was cleared, however, the festival resumed and lasted until mid-morning.

Samuel Baheru, who travelled to Gondar for Timkat from the capital Addis Ababa, said he was outside Fasilides' Bath when the structure collapsed and watched bodies being carried out on stretchers.

"We heard a loud noise and what we saw coming out on the stretchers wasn't pleasant. At first, I panicked because my wife was inside, but then I found her and we continued with Timkat," he said.

Tesfa Mekonnen, the city government's head of peace and security for Gondar, told AFP three people had been killed and maybe 100 injured in the accident, including at least one foreigner.

But he insisted authorities were prepared for the popular event and that the seating was built by "professionals."

"Youngsters wanted to participate so they climbed up, so there were too many and it was overloaded," said Tesfa in Gondar, a city 700 kilometres (435 miles) north of Addis Ababa and the former seat of the royal empire.

But Tesfa, the security official, said UNESCO's listing of Timkat had played a part in greater spectator numbers this year.

"As you know it has been registered as a world heritage event. Because of this, we have seen a bigger number of people this year," he said.

At the hospital, the loved ones of victims huddled outside the emergency room in groups, some crying and others anxiously awaiting news from doctors.

One doctor, speaking on condition of anonymity because he did not want to publicly criticise the government, said the wooden seating structures — which are built and erected each year for Timkat — were a needless risk.

"I don't want to say this is totally preventable, but this type of temporary structure should not have been built in the first place," the official said.

"The security forces tried to avoid having people climb up, but you can't control so many people," he added.

Ethiopia is famous for its Orthodox Christian festivals, which draw worshippers and secular tourists and are central to its tourism industry.

Gondar is a popular stop for tourists travelling Ethiopia's "northern circuit" to see the storied rock-hewn churches of Lalibela and the Ark of the Covenant that sits covered in Axum, which Ethiopians have long claimed is the original brought from Jerusalem by King Solomon 3,000 years ago. 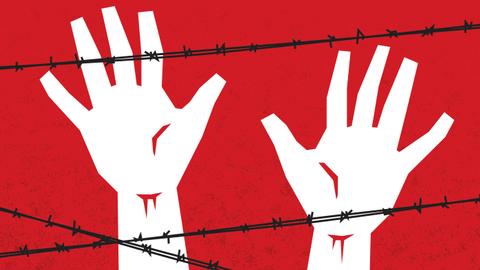 For one former Ethiopian political prisoner, the fear still lingers