Canadian Prime Minister Justin Trudeau visited a high school in Saskatoon, in the western province of Saskatchewan on Wednesday, where he took questions from students.

A young aboriginal woman, Tahris Bear, asked Trudeau about the "third world" conditions and "acts of genocide" indigenous people of Canada are subject to.

She asked "How do you intend to honour the promises your ancestors made with mine, ...to make up and pay for the acts of genocide our ancestors were subject to" referring to a treaty signed in 1876 between some of the First Nations and the Canadian monarch in Saskatchewan.

"And how do you, Justin, with all your politicians and representatives, plan to right the wrongs, the past 22 elected prime ministers have failed," she continued.

"Are we not considered Canadians as well? If we are, why do you allow the first people of this land to endure and live in Third World conditions?"

Trudeau responded that the federal government could not fix the problem alone.

"The federal government can't fix this. We can't fix it on our own," he said.

He said everything the federal government has tried to do over the past centuries, some with "very well-meaning" but "horribly wrong" consequences, happened to indigenous people.

"The future that we have to build will be with indigenous peoples."

Trudeau's Liberal Party came to power last November promising to rebuild ties with Canada's 1.4 million aboriginals, many of whom trapped in poverty, crime and suffer from bad health.

They make up about 4 percent of the country's population, have higher levels of poverty and a lower life expectancy than other Canadians and are more often victims of violent crimes, addiction and incarceration.

No one pretends to have all the answers to problems facing Indigenous communities. But I promise you I will never turn my back on them.

Canada's new government said in March that it would spend an extra C$8.37 billion ($6.54 billion) over five years to help the aboriginal population deal with dire living conditions, which include overcrowded housing and unfit drinking water.

"It's a good start," Trudeau said to the students, adding that it will take "more years and many more billions of dollars to fix a relationship that has been broken for centuries, as you point out."

Another student asked "Why are the promises you made when you got elected prime minister taking so long?"

The PM replied that making changes in the government would take some time.

Earlier this month, a Canadian aboriginal community of 2,000 people declared a state of emergency after 11 of its members attempted suicide this month and 28 tried to do so in March. 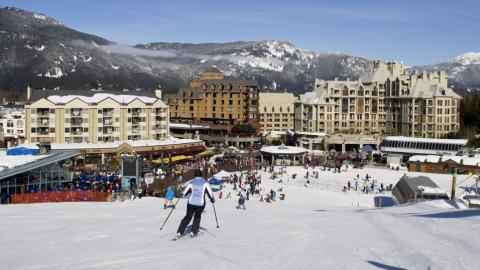 Why is Canada's Ktunaxa tribe protesting against a ski resort?