Atlanta's police department fired the officer who allegedly shot and killed Rayshard Brooks while another officer involved in the incident was put on administrative leave.

An Atlanta police officer was fired following the fatal shooting of a black man and another officer was placed on administrative duty, the police department announced early on Sunday.

The terminated officer was identified as Garrett Rolfe, who was hired in October 2013, and the officer placed on administrative duty is Devin Bronsan, who was hired in September 2018, according to a release from police spokesperson Sgt. John Chafee.

The killing of Rayshard Brooks, 27, sparked a new wave of protests in Atlanta after turbulent demonstrations that followed the death of George Floyd in Minneapolis had simmered down.

Protesters had set fire to the Wendy’s restaurant where Brooks was fatally shot and also blocked traffic a nearby highway.

Images on local television showed the restaurant in flames for more than 45 minutes before fire crews arrived to extinguish the blaze, protected by a line of police officers. By that time the building was reduced to charred rubble next to a gas station.

Other demonstrators marched onto Interstate-75, stopping traffic, before police used a line of squad cars to hold them back.

Atlanta's police chief had also resigned after the Brooks was shot and killed, the city's mayor said.

"I do not believe that this was a justified use of deadly force and have called for the immediate termination of the officer," Bottoms said at a news conference.

The Georgia Bureau of Investigation (GBI) said it was investigating the incident. Police said Brooks resisted arrest after failing a field sobriety test.

The killing of Brooks came after weeks of intense racial equality protests across the United States following the death of George Floyd, a black man killed in Minneapolis police custody when an officer kneeled on his neck for nearly nine minutes.

The Georgia investigators said video taken by an eyewitness was aiding their probe.

GBI director Vic Reynolds said during a news conference that video captured by cameras inside the Wendy's restaurant appeared to show that Brooks had one of the officer's Tasers in his hand when he fled.

"At that point, the Atlanta officer reaches down and retrieves his weapon from his holster, discharges it, strikes Mr Brooks there on the parking lot and he goes down," Reynolds said.

In the eyewitness video, Brooks is first seen on the ground outside his car, struggling with two officers.

He appears to grab for the Taser of one officer, who was using the device on Brooks' leg. After a few seconds, Brooks breaks free and begins to run. One officer then uses a Taser on him. The pair then run out of the frame of the video.

Gunshots are heard along with someone yelling "I got him!" The video then shows Brooks apparently lifeless on the ground.

Brooks died after being taken to an Atlanta hospital.

Fulton County District Attorney Paul Howard, Jr, said in an emailed statement that his office "has already launched an intense, independent investigation of the incident" while it awaits the findings of the Georgia Bureau of Investigation.

A crowd of demonstrators gathered outside the restaurant where Brooks was shot. Gerald Griggs, an attorney and a vice president of Atlanta's NAACP chapter, estimated there were 150 people protesting at the scene as he walked with them Saturday afternoon.

“The people are upset,” Griggs said. “They want to know why their dear brother Rayshard Brooks was shot and killed when he was merely asleep on the passenger side and not doing anything.”

Even though Brooks struggled with officers, Griggs said, “they could have used nonlethal force to take him down.” 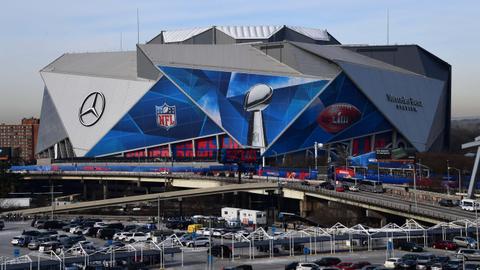