Biden said “yes” when asked during an interview broadcast on CBS News’s “60 Minutes” programme whether “US forces, US men and women, would defend Taiwan in the event of a Chinese invasion”.

US President Joe Biden has said in an interview broadcast that US forces will defend Taiwan in the event of a Chinese attack, his most explicit statement so far on the issue that has drawn a sharp reaction by Beijing.

Asked in a CBS 60 Minutes interview on Sunday whether US forces would defend the self-ruled island claimed by China, Biden replied: "Yes, if in fact, there was an unprecedented attack."

Asked to clarify if he meant that unlike in Ukraine, US forces, men and women, would defend Taiwan in the event of a Chinese attack, Biden replied: "Yes."

The interview was just the latest time that Biden has appeared to go beyond long-standing stated US policy on Taiwan, but his statement was clearer than previous ones about committing US troops to defend the island.

"The president has said this before, including in Tokyo earlier this year. He also made clear then that our Taiwan policy hasn’t changed. That remains true," the spokesperson said.

The CBS interview with Biden was conducted last week. The president is in Britain for Queen Elizabeth's funeral on Monday.

The United States has long stuck to a policy of not making clear whether it would respond militarily to an attack on Taiwan.

In the 60 Minutes interview, Biden reiterated that the United States did not support Taiwanese independence and remained committed to a "One-China" policy in which Washington officially recognises Beijing, not Taipei.

"The US remarks...severely violate the important commitment the US made not to support Taiwan independence, and send a seriously erroneous signal to Taiwanese separatist independence forces," foreign ministry spokesperson Mao Ning said at a regular press briefing on Monday, without citing Biden by name.

Washington cut formal diplomatic relations with Taiwan in 1979, switching recognition to Beijing as the sole representative of China. But at the same time, the United States maintained a decisive, if delicate, role in supporting Taiwan.

"We are willing to make the biggest sincere efforts to strive for the prospect of peaceful reunification," Mao said.

"At the same time, we will never tolerate any activities aimed at splitting the country, and reserve the choice to take all necessary measures."

Tensions between China and the US are already higher than usual in the wake of a rare visit to Taiwan by Nancy Pelosi, a key Biden ally and speaker of the House of Representatives. 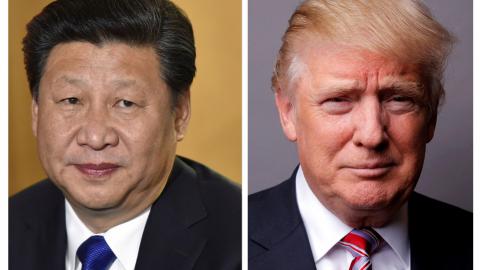