Canada designates the Proud Boys as a terrorist entity

Although membership would not constitute a crime, the designation means the group may have assets seized and face harsher terrorism-related criminal penalties. Sending money to the organisation or buying their paraphernalia is now also illegal.

The Canadian government has designated the Proud Boys group as a terrorist entity, noting they played a pivotal role in last month's insurrection at the US Capitol.

The Proud Boys have faced increased scrutiny after seizing on the former Trump administration’s policies and was a major agitator during earlier protests and the Capitol riot on January 6.

The Proud Boys is a far-right, male chauvinist extremist group known for engaging in violent clashes at political rallies. Canada is the first country to designate them as a terrorist entity.

During a September presidential debate, Donald Trump had urged them to “stand back and stand by” when asked to condemn them by a moderator.

Senior officials speaking on a technical briefing said authorities had been monitoring and collecting evidence about the Proud Boys before the Capitol Hill insurrection, but confirmed that the event provided information that helped with the decision to list the organisation.

The terrorist designation means the group may have assets seized and face harsher terrorism-related criminal penalties. A government official said just because they are a member doesn't mean they will be charged with a crime, but if they do engage in violent acts they could be charged with terrorist crimes.

Sending money to the organisation or buying Proud Boys paraphernalia would also be a crime.

“The group and its members have openly encouraged, planned, and conducted violent activities against those they perceive to be opposed to their ideology and political beliefs,” the Canadian government said in briefing materials.

“The group regularly attends Black Lives Matter (BLM) protests as counter-protesters, often engaging in violence targeting BLM supporters. On January 6, 2021, the Proud Boys played a pivotal role in the insurrection at the US Capitol.”

Organizations like the Proud Boys that support white supremacy & extremism have no place in our society. https://t.co/LmxE1Z9R9p

The government calls the Proud Boys a neo-fascist organisation with semiautonomous chapters located in the United States, Canada, and internationally. It said it engages in political violence and that members espouse misogynistic, anti-Islam, anti-Semitic, anti-immigrant, and white supremacist ideologies.

“Since 2018 we have seen an escalation towards violence for this group,” Public Safety Minister Bill Blair said.

“In the aftermath of the US presidential election, we have seen signals of escalation towards violence from a number of different groups including the Proud Boys.”

Blair said four right-wing groups are among 13 additions to the list, which include three groups linked to Al Qaeda, four associated with Daesh and one Kashmiri organisation.

The listings process is guided by the work of our national security agencies. The listing of an entity sends a signal that Canada will not tolerate violent extremism. A listing also carries significant consequences, and enables the application of measures...

The Proud Boys were formed in 2016 by Canadian Gavin McInnes, who co-founded Vice Media.

McInnes has described the group as a politically incorrect men’s club for “Western chauvinists” and denies affiliations with far-right extremist groups that overtly espouse racist and anti-Semitic views. McInnes sued the Southern Poverty Law Center, claiming it defamed him when it designated the Proud Boys as a “hate group.”

In response to the federal suit, which is still pending in Alabama, the law centre said McInnes has acknowledged an “overlap” between the Proud Boys and white nationalist groups. 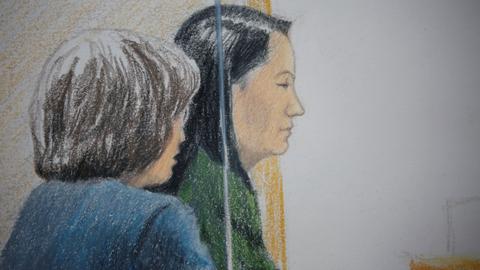