Prime Minister Justin Trudeau has pledged to "follow up" on allegations that a spy working for Canadian intelligence trafficked British schoolgirls into Syria's Daesh-controlled areas.

"I know there are questions about certain incidents or operations of the past and we will ensure to follow up on those," Trudeau said on Wednesday, a day after several UK news outlets reported on the Canadian intelligence agent's role in human trafficking and UK government's alleged cover-up.

"We will continue to ensure that proper oversight is done and as necessary, look at further steps," he added.

According to a Times report in Britain, in 2015 then-15-year-old Shamima Begun and two friends received help from a people-smuggler recruited by the Canadian Security Intelligence Service (CSIS) to get to war-ravaged Syria from their Bethnal Green Academy in east London.

British police had launched a massive international search for the trio at the time.

"Canada knew about the teenagers' fate but kept silent while the Metropolitan Police ran a frantic, international search for the trio," the British paper said.

"Canada privately admitted its involvement only when it feared being exposed, and then successfully asked the British to cover up its role."

When pressed about the case at a news conference, Trudeau defended the need for intelligence services to be "flexible and creative in their approaches... in their work to keep Canada and Canadians safe in a very dangerous world."

At the same time, he added, CSIS must abide by Canadian laws and "strict rules" of conduct. "We expect those rules to be followed," Trudeau said.

According to the book, "The Secret History of the Five Eyes," CSIS had recruited Mohammed al Rasheed as a double agent when he visited Canada's embassy in Jordan seeking asylum.

His cover was blown when he was later arrested by Türkiye in 2015 and found to be in possession of travel documents, including bus tickets, belonging to Begun and her friends.

Canada only privately admitted its involvement with Rasheed and asked Britain to help cover it up, Kerbaj's book said.

It also claims Canada could not have stopped the girls' travel as they had already crossed into Syria by the time Rasheed's handler was informed of the situation.

Now 23 and stripped of her UK citizenship, Begun remains in a displacement camp in northern Syria as she appeals the decision to bar her from Britain.

Her school friends, Kadiza Sultana and Amira Abase, are said to have been killed in a Russian air raid or are missing.

READ MORE:  What Shamima Begum's case says about the future of Muslims in the UK 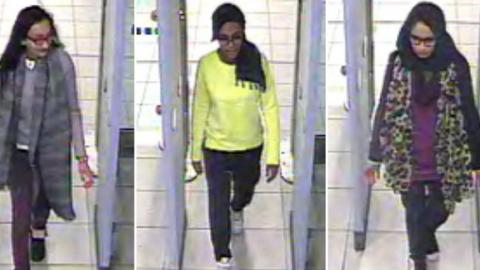