The suspect reportedly rented an apartment near the community centre where the shooting took place.

Canada remains in mourning after six Muslim worshippers were killed in a shooting at a mosque in Quebec City on Sunday.

The suspect, 27-year-old Alexandre Bissonette, reportedly rented an apartment close to where the shooting took place and was known for his far-right views.

He has been charged with six counts of first-degree murder.

TRT World's Lorna Shaddick spoke with Muslims in the community as the country rallies around a message of unity and acceptance. 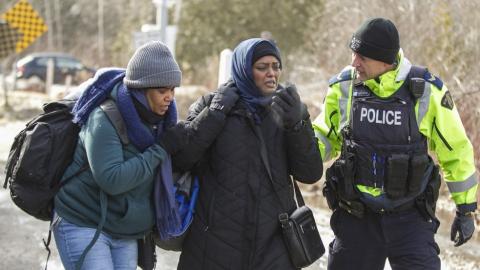