The Parkland school shooting that killed 17 students and staff last month has revitalised the debate over gun ownership across the US.

Survivors of the Florida school gun massacre are due to march on Washington later this week to demand reforms in gun laws.

They'll be joined by thousands of people from across the US under the slogan "Never Again."

The Parkland shooting has revitalised the debate over gun ownership in America.

It was the latest in a series of shootings that have plagued US schools and colleges over the past two decades.

Guns are linked to more than 30,000 deaths every year in the US.

In the first of a special series "Guns in America", TRT World's Jon Brain reports from Missouri. 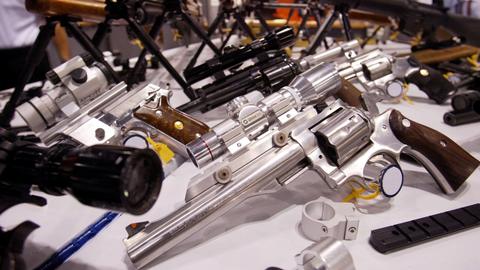