With returns from 20 percent of polling stations counted, the preliminary results from the electoral tribunal gave centre-left candidate Sandra Torres 23.33 percent of the vote.

With returns from 20 percent of polling stations counted, the preliminary results from the electoral tribunal gave Torres, a former first lady of Guatemala, 23.33 percent of the vote, while Giammattei was in second place on 15.70 percent.

To win outright in the first round, a candidate must secure more than 50 percent of the vote. Nineteen candidates are taking part, meaning the election is very likely to be decided in a second-round run-off between the top two contenders on Aug. 11.

Eight million Guatemalans were eligible to vote and some 40,000 police were on duty for the election, with the military deployed to guard "critical points" including prisons. 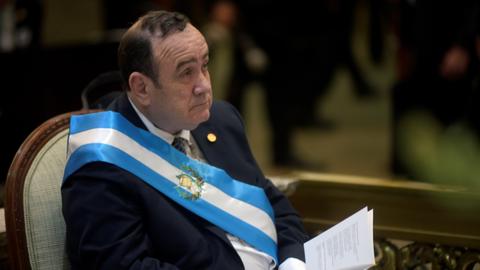