"Why would anyone pay Hunter Biden top dollar for artwork that is arguably worthless?" asks Republican James Comer.

The matter of who buys artwork produced by Joe Biden's son, a former lawyer with a troubled past, is taking centre stage on Capitol Hill — where Republicans have vowed to use their new House majority to aggressively investigate the president's family.

The chairman of the powerful House Oversight Committee on Wednesday demanded a New York art gallery produce a list of who has bought artwork made by Hunter Biden.

"Your arrangement with Hunter Biden raises serious ethics concerns and calls into question whether the Biden family is again selling access and influence," Republican James Comer of Kentucky said in his letter.

Comer requested the gallery's owner, Georges Berges, testify before his committee next month.

"Despite being a novice artist, Hunter Biden received exorbitant amounts of money selling his artwork, the buyers' identities remain unknown, and you appear to be the sole record keeper of these lucrative transactions," Comer, a Kentucky Republican, said in the letter to Berges.

"It is concerning that President Biden's son is the recipient of anonymous, high-dollar transactions — potentially from foreign buyers — with no accountability or oversight (other than you)," Comer wrote in the letter.

Hunter Biden is a favourite target of Republicans, particularly over his prior work with foreign firms.

He is the president's second of four children, though his older brother died of cancer in 2015, and he has publicly discussed struggles with addiction.

The Republicans suggest that wealthy influence seekers may buy Hunter Biden's artwork with the aim of winning favour at the White House.

According to Comer, some of the paintings exhibited by the New York gallery have price tags up to $225,000.

"Why would anyone pay Hunter Biden top dollar for artwork that is arguably worthless? He's no Pablo Picasso," Comer tweeted on Wednesday.

The Biden administration, which presents itself as an ethical antithesis to predecessor Donald Trump, has faced questions about Hunter Biden's business dealings, especially during his father's tenure as vice president (2009-2017).

Hunter Biden's taxes and foreign business work are already under federal investigation by a federal grand jury in Delaware. 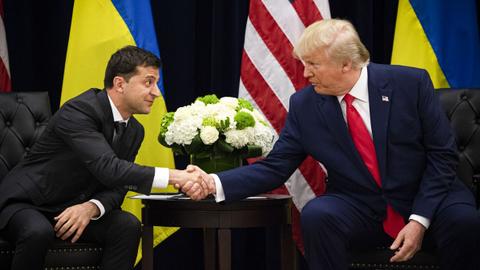