Lawyers of the actor enter a not guilty plea in a case in which he is accused of groping an 18-year-old busboy in a Massachusetts bar in 2016. If convicted, Spacey faces as many as five years in prison.

Lawyers for Kevin Spacey entered a not guilty plea on his behalf in Massachusetts court on Monday on charges he groped an 18-year-old busboy in 2016.

The disgraced actor was arraigned on a charge of felony indecent assault and battery during a hearing at Nantucket District Court. The judge set another hearing for March 4.

Spacey does not have to appear, the judge ruled, but said he needs to be available by phone.

Spacey must stay away from the young man who accused him of groping him at a Massachusetts bar in 2016 and his family, the judge ordered.

The judge granted a request by Spacey's lawyers to preserve the victim's cellphone data for six months after the alleged assault. Spacey Attorney Alan Jackson said there is data that is "likely exculpatory" for Spacey.

Spacey and his lawyers declined to comment as they left the courthouse amid a crush of reporters.

The hearing comes more than a year after former Boston TV anchor Heather Unruh accused the former "House of Cards" star of sexually assaulting her son, then 18, in the crowded bar at the Club Car, where the teen worked as a busboy.

Unruh told reporters in November 2017 that Spacey got her son drunk and then grabbed his genitals during the incident. She said her son fled the restaurant when Spacey went to the bathroom.

The civil attorney for the accuser said in a statement ahead of the hearing that his client is "leading by example."

"By reporting the sexual assault, my client is a determined and encouraging voice for those victims not yet ready to report being sexually assaulted," said lawyer Mitchell Garabedian, who has represented hundreds of clergy sexual abuse victims.

Garabedian is not a part of the criminal case against Spacey.

Spacey's lawyer has sought to poke holes in the case, noting that the teenager didn't immediately report the allegations. If convicted, Spacey faces as many as five years in prison.

Media trucks lined the street before dawn, and locals on the island, which teems with tourists in the summer but quiets down in the winter, drove by slowly to take photos of reporters standing in line in the cold.

When the doors opened, more than two dozen journalists packed the courtroom hours before Spacey was scheduled to appear.

It's the first criminal case brought against Spacey, 59, since other allegations of sexual misconduct surfaced against him in 2017.

After the charge was announced last month, Spacey released a video in the voice of Frank Underwood, his character on Netflix's "House of Cards," in which he said, "I'm certainly not going to pay the price for the thing I didn't do." It was unclear whether he was referring to the charge.

Spacey has also faced other allegations.

His first accuser, actor Anthony Rapp, said Spacey climbed on top of him on a bed when Rapp was 14 and Spacey 26. Spacey said he did not remember such an encounter but apologised if the allegations were true. 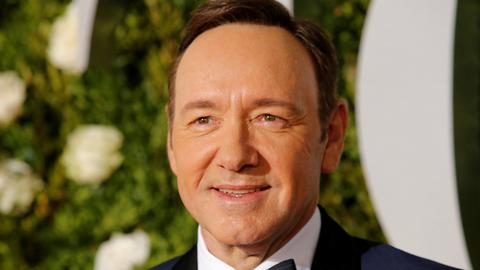 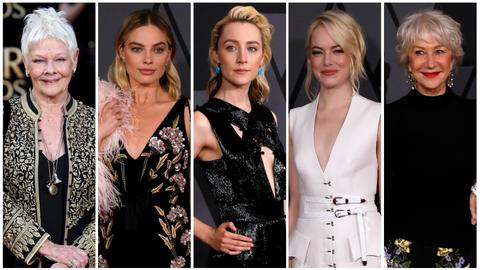 Stars to show solidarity against sexual harassment at Golden Globes