More than 100 Haiti migrants arrive by sailboat in southern US

More than 100 Haitian migrants have arrived in Florida on board a sailboat, local authorities said, eight days after some 350 Haitians also landed in the same area of the southern US state.

The boat arrived in the morning at Summerland Key, in the Florida Keys, an archipelago that extends to the south of the state, a spokesman for the Monroe County Sheriff's Office told the AFP news agency on Monday.

In a photo sent by the sheriff's office, dozens of Haitian migrants could be seen grouped in front of a house by the seafront in Summerland Key.

The wooden boat they were travelling in ran aground near a luxury private club, and 158 of the migrants jumped into the water to swim ashore.

The others remained on the ship and were taken into custody by the US Coast Guard, which returned them to Haiti on Friday, the authority said in a statement.

Human traffickers often use the Bahamas, an archipelago located about 80 kilometres off the coast of Florida, as a starting point to transport people –– many of them from other Caribbean countries such as Haiti –– to the United States.

On Friday, the US Coast Guard intercepted a Haitian sailboat with 127 people on board, about 65 kilometres off the coast of Anguilla Cay, in the western Bahamas. 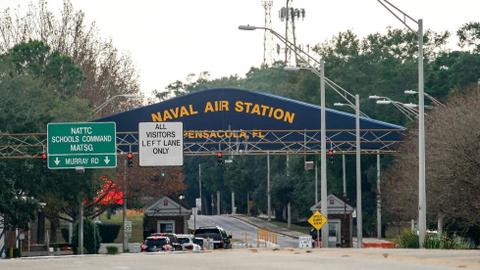 US grounds Saudi pilots, halts military training after base shooting