With less than a week of US presidential voting left, President Trump is holding mass rallies despite a US surge in coronavirus cases.

With less than a week of voting left, President Donald Trump has pushed ahead with mass rallies despite a US surge in coronavirus cases and mounting criticism that he is prioritising his re-election above the health of his supporters.

The pandemic that has upended life across the United States this year, killing more than 227,000 people, is roaring back in the days leading up to the November 3 contest when Republican Trump faces Democratic challenger Joe Biden.

In contrast, instead of campaigning in a swing state, Biden was receiving a briefing from public health experts on the coronavirus.

Biden holds a comfortable lead in national polls, which also show a public increasingly dismayed by Trump's handling of the largest public health crisis in US living memory. Polls in battleground states that might decide the election are tighter.

As infection rates rise, Trump again accused the news media of pushing the story to hurt him.

"Covid, Covid, Covid is the unified chant of the Fake News Lamestream Media. They will talk about nothing else until November 4th, when the Election will be (hopefully!) over," the president wrote on Twitter on Wednesday.

Covid, Covid, Covid is the unified chant of the Fake News Lamestream Media. They will talk about nothing else until November 4th., when the Election will be (hopefully!) over. Then the talk will be how low the death rate is, plenty of hospital rooms, & many tests of young people.

The Democrat sat on a stage with briefing materials before him in front of a screen with graphs showing the seven-day rolling average of reported daily coronavirus cases and hospitalisations over the past four months.

Kessler warned Biden, “We are in the midst of the third wave."

Data compiled by Johns Hopkins shows more than 226,000 people have died from the virus in the US. More than 71,000 people a day are testing positive on average, up from 51,000 two weeks ago. Cases are on the rise in all but two states, Hawaii and Delaware.

Trump's running mate, Vice President Mike Pence, will campaign on Wednesday in Wisconsin, where a record number of coronavirus cases has prompted the Democratic governor to urge people to stay at home.

"There's no way to sugarcoat it — we are facing an urgent crisis and there is an imminent risk to you, your family members, your friends, your neighbours, and the people you care about," Governor Tony Evers said. "Stay home, Wisconsin."

The Trump campaign is taking all necessary precautions at the event in Mosinee, campaign spokesperson Hogan Gidley told CNN.

Asked whether holding a big rally raised safety concerns given that aides to Pence have tested positive and Wisconsin hospitals are near capacity, Gidley said, "No, it doesn't ... The vice president has the best doctors in the world around him. They've obviously contact traced and come to the conclusion it's fine for him to be out on the campaign trail."

Reuters/Ipsos polling from October 20-26 shows Biden with a solid lead over Trump, 53 – 44 percent, in Wisconsin, which as a battleground state could help decide the election.

After racing across Michigan, Wisconsin and Nebraska on Tuesday and staying overnight in Las Vegas, Trump was due to hold airport rallies in Bullhead City, Arizona, and Goodyear, outside Phoenix, Arizona's biggest city.

A Trump campaign official said Trump plans to visit 10 states in the last week of the campaign and will host 11 rallies in the final 48 hours.

A pro-Biden group, Priorities USA Action, said its recent polling in six battleground states found that when people were told Trump was holding large rallies without mask-wearing requirements, most disapproved.

"He is actually hurting himself by traveling around the country holding these rallies," said Guy Cecil, who leads the group, a top Democratic super PAC.

After Trump's rally in Omaha, Nebraska, on Tuesday night, hundreds of supporters were stuck in the cold for up to three hours waiting for campaign shuttle buses to take them back to their cars, local media reported.

"Supporters of the President were brought in, but buses weren’t able to get back to transport people out. It’s freezing and snowy in Omaha tonight," Megan Hunt, Democratic state senator in Omaha, wrote on Twitter.

The Trump campaign said the problems were due to the unexpectedly large crowds who showed up. "We always strive to provide the best guest experience at our events and we care about their safety,” said Samantha Zager, deputy national press secretary.

More than 73 million people have cast early in-person and mail ballots, according to data compiled by the US Elections Project at the University of Florida. That is a record-setting pace and more than 53 percent of the total 2016 turnout.

The huge volume of mail ballots – more than 48 million have already been cast – could take days or weeks to tally, experts say, meaning a winner might not be declared the night of November 3, when polls close.

Only eight of the 50 states expect to have as many as 98 percent of ballots counted and publicly reported by midday on the day after the election, according to a New York Times survey of election officials.

The surge in early voting has unexpectedly put Texas into play, a state that has not voted for a Democratic nominee for president since 1976.

As of Wednesday, more than 8 million Texans had cast ballots, more than 90 percent of the entire 2016 vote – a higher percentage than any state in the country, according to the US Elections Project. Polls show Biden is leading with those early voters.

Biden has made what he calls Trump's mishandling of the coronavirus pandemic his principle theme in the closing weeks of the campaign, including criticisms that Trump played down the threat, failed to listen to his health experts and never developed a plan to contain it. Polls show Americans trust Biden more than Trump to contain the virus.

Health experts believe the number of cases is surging because of private social gatherings, colder temperatures driving people inside, and Americans' fatigue with coronavirus restrictions in place for up to seven months.

READ MORE: US Presidential Election 2020: Why Trump wants to be the underdog 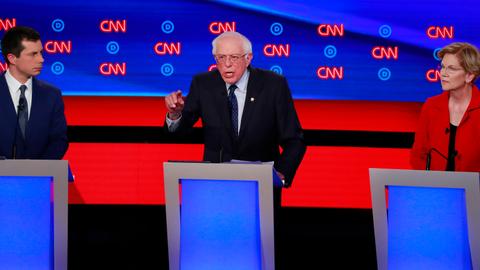 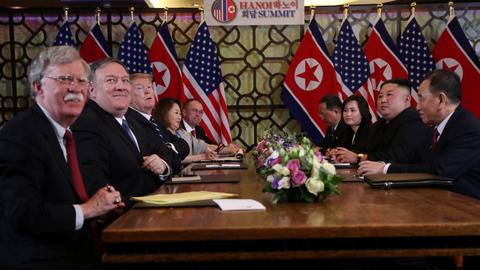