US President Donald Trump's administration has faced pressure from Congress over its sputtering response over the killing of journalist Jamal Khashoggi in the Saudi consulate in Istanbul last October.

The United States on Monday barred entry to 16 Saudi nationals over what it described as their role in the murder of journalist Jamal Khashoggi.

The announcement by Secretary of State Mike Pompeo comes as the administration of President Donald Trump has faced pressure from Congress over its response to the killing in the Saudi consulate in Istanbul last October, which sparked unprecedented international scrutiny of the kingdom's human rights record.

Some US lawmakers have publicly stated that they suspect the powerful Crown Prince Mohammed bin Salman was directly responsible for the killing, based on the CIA's conclusions.

The kingdom denies the crown prince had any involvement.

The State Department previously revoked the visas of nearly two dozen Saudi officials and froze the assets of 17 others. 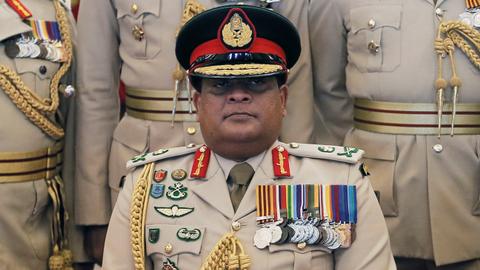