US Congress passes bill to sanction China over Hong Kong

US Congress has approved a bill rebuking China over its crackdown in Hong Kong amid protests against a strict “national security” law that outlaws so-called subversive or terrorist acts, as well as collusion with foreign forces intervening in the city’s affairs.

Critics say the new law effectively ends the “one country, two systems” framework under which Hong Kong was promised a high degree of autonomy when it reverted from British to Chinese rule in 1997.

The US legislation would impose sanctions on groups that undermine Hong Kong’s autonomy, including police units that have cracked down on Hong Kong protesters, as well as Chinese Communist Party officials responsible for imposing the new security law.

The bill also imposes sanctions on banks that do business with entities found to violate the law.

The Senate gave final legislative approval to the measure on Thursday, a day after the House approved it. It now goes to the White House.

'Betrayal of the international agreement'

The White House declined to comment, but in a television interview on Thursday, Vice President Mike Pence called the new Hong Kong security law a betrayal of the international agreement China signed.

Senator Chris Van Hollen, a co-sponsor of the Senate bill, said passage of the “Hong Kong Autonomy Act” makes it clear that the US “will not stand by as China seeks to crush freedom, human rights and democracy in Hong Kong”.

The Chinese government “is already flagrantly using their new authorities to punish and imprison those who have stood up against the recent implementation of their sweeping national security law”, Van Hollen said.

“Our legislation mandates severe consequences on those who participate in this unconscionable repression.”

Senator Pat Toomey, the bill's other lead sponsor, urged Trump to sign it into law. “With our bill, the CCP will learn there are ramifications for repressing Hong Kongers’ freedom,” Toomey said, referring to the Chinese Communist Party.

Lawmakers from both parties have urged the Trump administration to take strong action in response to the crackdown by China against the former British territory, which was granted partial sovereignty under a treaty that took effect in 1997.

"The protests in Hong Kong have been a window for the world to recognise that China is getting more and more authoritarian," Law told Reuters via internet video.

Law, 26, left Hong Kong this week. He declined to disclose his location.

Law called on the international community to put human rights above the financial interests of trading with the world's second largest economy and to "multilaterally deal with the China issue in a more assertive way."

"It is important we prioritise human rights issues over trade when we deal with China," he said.

Ahead of the Senate vote, China promised to take "strong countermeasures" if the US presses ahead with tough new sanctions.

"We urge the US to grasp the reality of the situation, stop interfering in Hong Kong affairs and implementing the negative bill, otherwise we will take strong countermeasures," said foreign ministry spokesman Zhao Lijian.

Former colonial power Britain has said the law breaches Beijing's "One Country, Two Systems" promise to grant Hong Kongers key liberties – as well as judicial and legislative autonomy – until 2047, a promise made as the city was handed back to Beijing in 1997.

As a result, London has announced plans to allow millions of Hong Kongers with British National Overseas status to relocate with their families and eventually apply for citizenship.

"We will live up to our promises to them," Foreign Secretary Dominic Raab told parliament.

That has infuriated Beijing, which says Britain promised not to grant full citizenship rights to Hong Kongers ahead of the handover.

"We firmly oppose this and reserve the right to take corresponding measures," China's embassy in London said Thursday.

The security law is controversial because it radically increases China's control over Hong Kong.

Beijing says it is needed to quell seething anti-Beijing protests and restore order after a year of political unrest.

But critics fear it will usher in a new era of political repression given similar laws are routinely used to crush dissent on the Chinese mainland.

China says it will have jurisdiction over some cases and has empowered its security agents to operate openly inside Hong Kong for the first time, unconstrained by local laws .

Some trials will be held behind closed doors and without juries, while local police have been granted sweeping surveillance powers that no longer need judicial sign off.

The influential Hong Kong Bar Association said the law dismantles the legal firewall that has existed between Hong Kong's judiciary and China's Communist Party-controlled courts, a key plank of the city's reputation as a business hub.

The new national security offences were "widely drawn", the group said, and "are capable of being applied in a manner that is arbitrary, and that disproportionately interferes with fundamental rights, including the freedom of conscience, expression and assembly".

It also criticised "the total absence of meaningful consultation" with Hong Kongers before the law was passed. 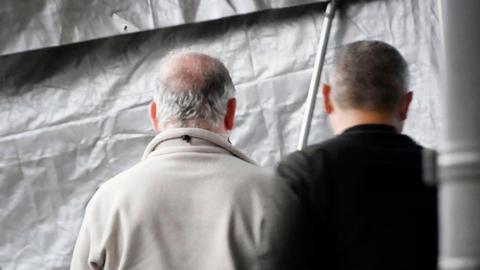