The justices refused to hear the administration's appeal of a federal judge's January 9 injunction that halted Trump's move to end a programme that benefits immigrants known as "Dreamers" implemented in 2012.

The US Supreme Court on Monday dealt a setback to President Donald Trump, requiring his administration to maintain protections he has sought to end for hundreds of thousands of immigrants brought illegally into the United States as children.

The justices refused to hear the administration's appeal of a federal judge's January 9 injunction that halted Trump's move to end a programme that benefits immigrants known as "Dreamers" implemented in 2012 by his Democratic predecessor, Barack Obama. Under Trump's action, the protections were due to start phasing out beginning in March.

In a brief order, the justices did not explain their reasoning, as usual, but said the appeal was "denied without prejudice," indicating they will maintain an open mind on the underlying legal issue still being considered in by lower court.

The court also said it expects that appeals court to "proceed expeditiously to decide this case."

SCOTUS news: Court won’t hear case to end DACA as Trump wants. That means renewals will continue for now - and the March 5 deadline essentially goes away

Under the Deferred Action for Childhood Arrivals (DACA) programme, roughly 700,000 young adult, mostly Hispanics, are granted protect from deportation and given work permits for two-year periods, after which they must re-apply.

A total of about 1.8 million people are eligible for the programme, a sizable fraction of the more than 11 million immigrants living in the United States illegally.

Trump's administration had appealed a January 9 nationwide injunction by San Francisco-based US District Judge William Alsup, who ruled that the DACA programme must remain in place while the litigation is resolved.

Congress so far has failed in an effort pass legislation to address the fate of the "Dreamers," including a potential path to citizenship.

Trump's move to rescind DACA prompted legal challenges by Democratic state attorney generals, various organizations and individuals in multiple federal courts. His administration argued that Obama exceeded his powers under the Constitution when he bypassed Congress and created DACA. 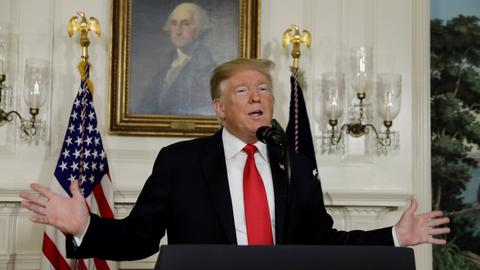 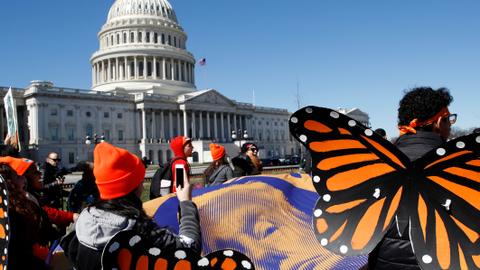