Legendary Cuban ballerina Alicia Alonso who achieved global acclaim in the 1940s and went on to run the internationally renowned National Ballet of Cuba for decades died at age 98, state-run media said.

Hundreds of mourners on Saturday paid their last respects to famed Cuban ballerina Alicia Alonso, as her body lay in state in a Havana theatre.

Cubans, including ballet students, filed past her casket which was surrounded by floral tributes, including wreaths sent by Cuban leaders.

Alonso, a ballerina and choreographer whose nearly 75-year career made her an icon of artistic loyalty to the island's socialist system, died Thursday at age 98.

As founder and director of the National Ballet of Cuba, Alonso kept vice-like control over the troupe past her 90th birthday despite being nearly blind for decades.

In New York in the 1940s and '50s, Alonso was also one of the earliest members of the company that became the American Ballet Theatre, helping it develop into one of the more important ballet troupes in the US.

She was recognised the world over for the stylised beauty of her choreography and was named prima ballerina assoluta, the rarely bestowed highest honour in dance.

Her eyesight began to fail early in her career, and she danced many of her famous roles while partially blind, guided on stage by her partner's placement and the stage lights.

Alonso is survived by her husband, art critic Pedro Simón Martínez; her daughter, Laura; a grandson and two great-granddaughters. 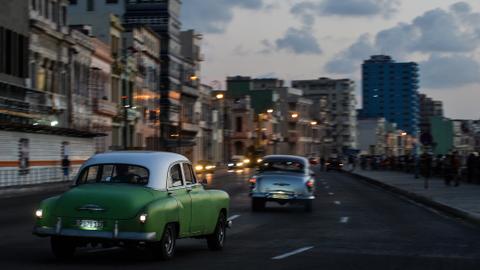