Lamar was the king of the 2017 Video Music Awards, winning six on a night full of emotional performances, political moments and an eye-popping Taylor Swift music video. But it was Pink, winner of the 2017 Vanguard Award, who moved many to tears.

Pink was emotional when she accepted the Michael Jackson Video Vanguard Award, telling the audience a story about her daughter, who was sitting in the crowd with her father Carey Hart. Pink said her daughter recently told her that “I’m the ugliest girl I know ... I look like a boy with long hair.”

“You are beautiful, and I love you,” Pink said to her daughter.

He also gave an explosive performance of Humble and DNA, backed by ninjas dancing near fire.

British singer-songwriter Ed Sheeran was voted artist of the year.

But the VMAs, hosted by a forgettable Katy Perry with performances by Miley Cyrus and Sheeran, was tamer than most years, not relying on the shock value and wild antics of past shows. Instead, touching performances and powerful speeches took centre stage.

Logic performed his inspirational song 1-800-273-8255, named after the phone number for the National Suicide Prevention Lifeline.

He was joined onstage by suicide attempt survivors as well as singers Alessia Cara (best dance video winner) and Khalid (best new artist winner). Lyrics from Logic’s song include: “I don’t wanna be alive/I just wanna die today” and “I want you to be alive/You don’t got to die today.”

Kesha introduced the performance and also offered words of encouragement: “As long as you don’t give up on yourself, light will break through the darkness.”

Leto also mentioned Chris Cornell, who hanged himself in May.

“I think about his band, who were really his brothers, and I remember his voice,” Leto said of Bennington. “That voice will live forever.”

"You are not alone. There is always a way forward. Reach out, share your thoughts, do not give up." -@JaredLeto #VMAs

The night also featured political moments focused on the August 12 rally in Charlottesville, Virginia that turned violent after Nazis and white nationalists opposed to the city’s plan to remove a statue of Confederate General Robert E Lee clashed with counter-protesters. Heather Heyer, 32, was killed when a car ploughed into a crowd.

Reverend Robert Wright Lee IV, a descendant of Lee, told the audience, “As a pastor, it is my duty to speak out against racism, America’s original sin.”

Heyer’s mother then entered the stage, telling the audience, “Only 15 days ago, my daughter Heather was killed as she protested racism. I miss her, but I know she’s here tonight.”

Michael Jackson’s eldest daughter Paris Jackson also spoke out against hatred.“We must show these Nazi white supremacist jerks in Charlottesville, and all over the country, that as a nation with liberty as our slogan, we have zero tolerance for their violence and their hatred and their discrimination. We must resist,” Paris said before presenting an award.

One of the more memorable moments of the three-hour show was the premiere of Taylor Swift’s video for Look What You Made Me Do.

The video for the track is rumoured to be a diss toward Kanye West but more than that, Swift roasts her previous incarnations as a star.

The clip ended with a dozen Swifts — in memorable outfits she’s worn in the past — symbolising how the singer felt the media has portrayed her through the years.

i loved the part when taylor swift is having beef with taylor swift, i wanna see the press write about that now 😂 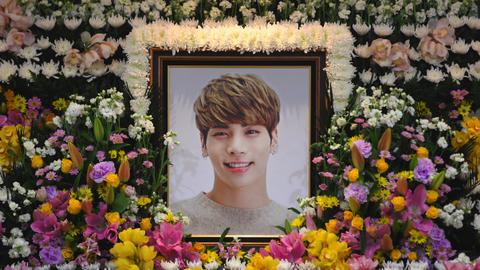