The previous record for the Frenchman had been $81.4 million, set by Christie's in 2016 for "Meule" from Monet's famous grainstack series.

But the top lot of the night was Picasso's 1905 masterpiece "Fillette a la corbeille fleurie" ("Young Girl With a Flower Basket") which sold for $115 million, over its pre-sale value of $100 million.

Its original purchase by Gertrude and Leon Stein, together with two other Rose Period paintings, helped jumpstart Pablo Picasso's career. The Rockefellers purchased the canvas in December 1968.

Christie's is selling off 1,600 items from the glittering collection of Rockefeller, the billionaire who died last year aged 101, and his wife Peggy.

The three-day sale is expected to rake in $600 million and smash the previous record for a collection set by that of Yves Saint Laurent and Pierre Berge, which fetched $484 million in 2009.

It sees Christie's for the first time spread its flagship spring sales over two weeks, twice the traditional length.

The May 2018 season is expected to break new records, six months after Christie's sold a Leonardo da Vinci for $450.3 million, more than doubling the world record for any work of art bought at auction. 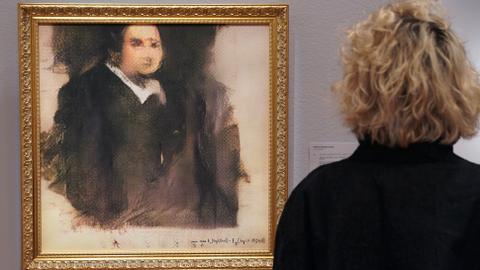