The Cleveland-based Hall of Fame - which surveyed more than 1,000 musicians, historians and industry members to choose the winners - will honour seven acts in a gala concert on March 29 in New York.

Also joining the Hall in the Class of 2019 is American folk rock legend Stevie Nicks, already an inductee with her band Fleetwood Mac, but now also honored as a solo artist.

The Cleveland-based Hall of Fame - which surveyed more than 1,000 musicians, historians and industry members to choose the winners - will honour the seven acts in a gala concert on March 29 in New York.

The inclusion of Janet Jackson - whose socially conscious, sexually provocative and eminently danceable tracks made her a household name in the 1980s - comes as the Hall of Fame increasingly expands its definition of rock to include other genres like R&B.

Acts can be inducted 25 years after their first commercial music release.

Jackson, the younger sister of pop king Michael, spearheaded the creation of New Jack Swing with her 1986 album "Control," creating a fusion sound that came to define the cutting edge of New York's club scene in the late 1980s.

During her decades-long career, Jackson gained fame as much for her intricate choreography and bold fashion sense as her forceful synth melodies -- and many industry insiders consider her induction long overdue.

"We did it u guys. Thank U for all your love and support," Jackson said on Twitter.

She joins her brother and the Jackson 5 in the Hall.

The genre-bending British anthem band Radiohead, which was chosen in their second year of eligibility, soared to fame in the 90s thanks to their haunting power ballad "Creep."

Led by singer and lyricist Thom Yorke, the visionary art rock band went on to radically play with their sound, first with their atmospheric, layered album, "OK Computer," and later with "Kid A" and "Amnesiac.

The band has enjoyed a cocktail of international commercial success, critical love and adoration from indie purists.

The Cure - known for enduring New Wave hits including "Lovesong," "Pictures of You" and "The Love Cats" - has had a number of lineup swaps over its more than 40 years in the business, but always included frontman Robert Smith.

The 59-year-old Smith is known for his wailing, emotion-laden voice and deathly complexion, set off by a signature shock of black hair turned gray by time, messy blood-red lipstick and raccoon eyeliner.

The English group's early years saw The Cure go full-on gloom with a jagged sound that ushered in goth rock, before embracing a poppier, more mainstream style that catapulted them to chart-topping success.

Nicks's second induction will celebrate her raspy-yet-silky voice, poetic vocals and bewitching stage presence, which have made her an intergenerational rock legend.

Nicks, who joined Fleetwood Mac in 1974 while the band was recording in Los Angeles, still tours with them, while also producing solo work, which she started in 1981 with the album "Bella Donna."

The Cure and Stevie Nicks were among the five groups making up the "fan's ballot" - a public tally that was combined with industry professional votes to determine the final list of inductees.

Def Leppard, an English band inducted on its first nomination, kicked off the 80s metal era with stadium-packing guitar anthems including "Pour Some Sugar on Me" and "Rock of Ages."

"THANK YOU to all of our fans & the Rock Hall committee! What a way to wrap up an incredible year," the band said Thursday.

Another British inductee, Roxy Music, could reunite at the gala concert. The band, formed in 1970 in the heyday of glam rock, provided a model for the 1980s New Wave scene.

They broke up in 2011 after intermittently reuniting throughout the 2000s, including a concert tour in 2001. Members Bryan Ferry and Brian Eno went on to have prominent solo careers.

The last inductee, 1960s British Invasion-era group The Zombies, are known for their lush harmonies and intricate arrangements on songs including "Time of the Season" and "She's Not There." 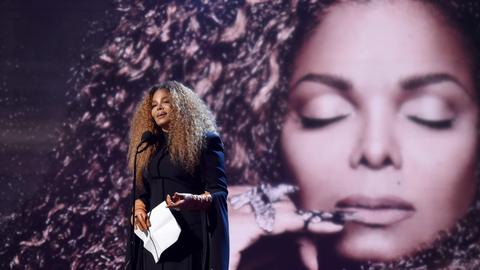