Neverland, the infamous location where the pop star was accused of molesting young boys, has been sold for around 20 percent of its original asking price in 2015.

Michael Jackson's former Neverland Ranch in California has sold to US billionaire Ron Burkle, reportedly at a steeply discounted price of around $22 million.

The late "King of Pop" famously converted his sprawling, gated home into a fairytale-themed retreat – complete with toy railroad, Ferris wheel and orangutans – and penned some of his top hits on the ranch.

But Neverland was also the infamous location where Jackson invited children to visit and sleep over, and where he was accused of molesting young boys. It was rebranded after Jackson's 2009 death as Sycamore Valley Ranch.

Burkle, a Montana-based businessman with investments ranging from supermarkets to the entertainment industry, purchased the ranch "as a land banking opportunity," his spokesman said on Thursday.

The $22 million price tag reported by theWall Street Journal – and confirmed to AFP as roughly accurate, by a source familiar with the deal – would mark a dramatic decline from the ranch's $100 million asking price in 2015.

That lofty fee, dubbed "optimistic" by realtors even at the time, was slashed to $31 million last year, but the ranch still did not sell and was taken off the market.

Burkle was flying in the region recently to scout a neighbouring property as a possible new branch of his Soho House private club network when he spotted the ranch and called its owner, according to the spokesman.

Jackson reportedly paid $19.5 million for the property in the 1980s.

Thomas Barrack Jr's Colony Capital investment firm purchased the ranch from the heavily indebted singer for $22.5 million the year before his death.

Burkle previously worked as an adviser for the singer on business matters, including resolving debts incurred by his lavish lifestyle in the years before his death.

Jackson's ranch was raided in 2003 as part of a child molestation case against him and police at the time seized a large collection of pornography and images of nude children.

Jackson was acquitted in the case in 2005.

Last year, HBO documentary "Leaving Neverland" aired testimonies of two men who claim Jackson sexually abused them as children all over the ranch, including the attic, the master bedroom and the pool.

The Jackson estate – which is suing HBO for $100 million over a "posthumous character assassination" – denies all the allegations, as Jackson did in his lifetime. 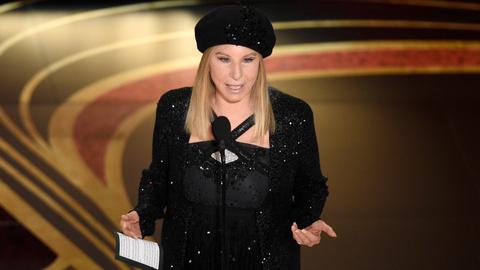