India has stripped four million people of citizenship in the northeastern state of Assam under a controversial draft citizenship list that has sparked fears of deportation of largely Bengali-speaking Muslims.

India’s registrar general said on Monday that 4,007,707 people had been excluded from a draft national register of citizens in the border state of Assam, in a move that has raised fears for the future of people in the region.

"It's a historic day for Assam and India as a whole. We have achieved a milestone of publishing the first complete draft NRC (National Register of Citizens)," Shailesh, the registrar general of India who uses one name, said at a press conference.

Those left out of the list will, however, get "ample opportunity" to appeal and have their names included in the final list, he added.

More than 30 million had provided documents to prove their citizenship.

Thirty-six years after losing his parents, sister and a four-year-old daughter in one of India's worst sectarian massacres, Abdul Suban says he is still trying to prove he's a citizen of the Hindu-majority nation.

Suban is one of hundreds of thousands of Bengali-speaking Muslims categorised as "doubtful voters," who will not find their names in the NRC.

"If the government has decided to brand us foreigners what can we do?" said the 60-year-old. "NRC is trying to finish us off. Our people have died here, but we will not leave this place."

Suban was seated with his wife at their house a few hundred metres from a vast paddy field where, in 1983, scores of people were chased down and killed by machete-armed mobs intent on hounding out Muslim immigrants.

He survived by running as hard as he could and hiding behind a bush for days.

With an eye on the 2019 national election, the BJP's Hindu-first campaign has become more strident, critics say, playing to its core base with divisive programmes such as the citizenship test in Assam, already a tinderbox of ethnic and religious tensions.

To be recognised as Indian citizens, all residents of Assam had to produce documents proving that they or their families lived in the country before March 24, 1971.

Suban said both he and his father were born in Assam, and had in his possession a soiled yellow document that showed his father's name in the list of voters in Assam for 1965, before the cut-off date. The local border police declined to discuss individual cases, but said not all documents furnished by suspected illegal immigrants were valid.

Hundreds of thousands of people fled to India from Bangladesh during its New Delhi-backed war of independence from Pakistan in the early 1970s. Most of them settled in Assam, which has a near-270-kilometre border with Bangladesh.

The migrants included many Hindus, but Modi has issued orders stating that no Hindu or members of other minorities from Pakistan or Bangladesh would be considered an illegal immigrant even if they entered the country without valid documents before 2014. 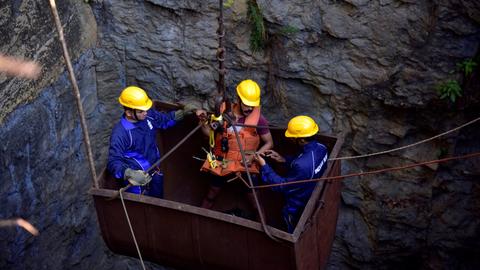