Several brawls between supporters of the two rival soccer teams were reported on Saturday night, inside Kanjuruhan Stadium in the eastern city of Malang, after the Indonesian Premier League game ended with Persebaya Surabaya beating Arema Malang 3-2.

Hundreds of people ran to an exit gate in an effort to avoid the tear gas. Some suffocated in the chaos and others were trampled, killing 34 almost instantly.

East Java Deputy governor Emil Dardak said on Sunday the data cross- checked from 10 hospitals in the area showed there were 125 fatalities. Earlier officials had put the figure as high as 174.

The tragedy on Saturday night, which also left 180 injured, was one of the world's deadliest sporting stadium disasters.

FIFA president Gianni Infantino expressed grief over the incident and called it "a dark day for all involved in football and a tragedy beyond comprehension".

"The football world is in a state of shock following the tragic incidents that have taken place in Indonesia at the end of the match between Arema FC and Persebaya Surabaya at the Kanjuruhan Stadium," said Infantino.

"All our thoughts and prayers are with the victims, those who have been injured, together with the people of the Republic of Indonesia."

Video footage from local news channels showed people rushing onto the pitch in the stadium and images of body bags.

The Indonesian top league BRI Liga 1 has suspended games for a week following the match and an investigation had been launched, the Football Association of Indonesia said.

Fan violence is an enduring problem in Indonesia, where deep rivalries have previously turned into deadly confrontations.

Persebaya Surabaya fans were not allowed to buy tickets for the game due to fears of violence.

However, Indonesia's coordinating minister for political, legal and security affairs, Mahfud MD, said organisers ignored the recommendation of authorities to hold the match in the afternoon instead of the evening.

And he said the government had recommended only 38,000 tickets be printed, but there was instead a sell-out crowd of 42,000.

"We would like to convey that... not all of them were anarchic. Only about 3,000 who entered the pitch," Afinta said.

"This is a regrettable incident that 'injures' our football at a time when supporters can watch football matches from the stadium," Indonesian Sports and Youth Minister Zainudin Amali told broadcaster Kompas.

"We will thoroughly evaluate the organisation of the match and the attendance of supporters. Will we return to banning supporters from attending the matches? That is what we will discuss."

Indonesian President Joko Widodo ordered a probe and asked the sports body to suspend Liga 1 matches while calling for this to be the "last soccer tragedy in the nation".

#Update: Just in - Other video footage of when a clash broke out after a football match between Arema and Persebaya in #Indonesia, after they were cornered by riot police, and got tear gassed to death, resulting in 127 people dead and 180 people injured of oxygen shortages. pic.twitter.com/ZZdr7RbgnM

Indonesia is to host the FIFA Under-20 World Cup in May at six stadiums across the country. The Kanjuruhan stadium in Malang is not included in that list.

Other stadium disasters include a 1989 crush in the stands at Britain's Hillsborough Stadium, which led to the deaths of 97 Liverpool fans, and the 2012 Port Said stadium tragedy in Egypt where 74 people died in clashes.

In 1964, 320 people were killed and more than 1,000 injured during a stampede at a Peru-Argentina Olympic qualifier at Lima's National Stadium. 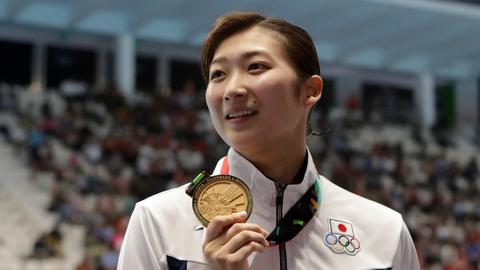 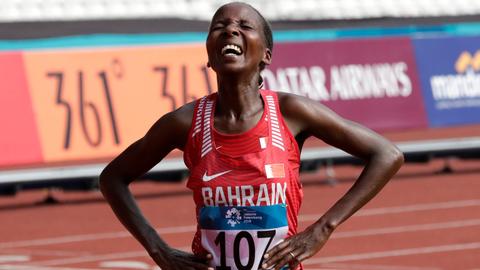