Afghanistan is no stranger to war crimes

Here is a look at how Afghans have been on the receiving end of torture, murders and air strikes by foreign militaries and local forces.

Australia's military has found credible evidence that its elite special forces killed 39 unarmed prisoners and civilians in Afghanistan, with senior commandos reportedly forcing junior soldiers to kill defenceless captives in order to “blood” them for combat.

While the publication of the report is a step forward, this is not the first time Afghanistan – at the centre of war and conflict for more than 40 years – has been used as a chamber of horrors by various militaries. From Afghans to foreigners, many forces stand accused of murders that fall under the ambit of war crimes.

The US has been accused several times of war crimes since it occupied Afghanistan under the guise of Operation Enduring Freedom in 2001.

At least 1,800 Afghan civilians have been killed by coalition troops between 2009 and 2013, Amnesty International said in a 2014 report, but only six cases against US military personnel went to trial over the period.

One of them is the Kandahar massacre, where Robert Bales, a decorated veteran of four combat tours in Iraq and Afghanistan, walked off his base under cover of darkness and opened fire on civilians in their homes in at least two villages. He murdered 16 people.

In 2015, US air strikes hit a Doctors without Borders trauma hospital in the northern Afghan city of Kunduz, killing 42 people.

“Throughout the air strikes, our teams desperately called military authorities to stop the attack,” an MSF report said.

Another instance, this time US forces acting at the behest of German Colonel Georg Klein who believed two oil tankers to be hijacked by the Taliban resulted in deadly air strikes.

Instead of the Taliban, scores of civilians died when two fighter jets hit a group of people along with the trucks near the Kunduz river.

Contrary to the intelligence Klein based his decision on, most of those swarming the trucks were local civilians invited by the Taliban to siphon fuel from the vehicles after they had become stuck in a riverbed.

Afghan civilians have also described how they witnessed the killing of family members in night raids and survived torture by US troops.

The US Bagram military base in Afghanistan was a site known for torture and abuse where non-Afghan prisoners were given no trials, facing only review boards staffed by US military officers. At its peak, the Bagram prison held hundreds of detainees.

A US court found two adult detainees had been beaten to death at Bagram in 2002. The US government said such cases of abuse were "rare."

But international efforts to investigate potential crimes have been stonewalled.

In 2015, ICC prosecutors said they had evidence suggesting international forces in Afghanistan had caused serious harm to detainees by subjecting them to physical and psychological abuse.

ICC prosecutor Fatou Bensouda wants to investigate possible crimes committed between 2003 and 2014, including alleged mass killings of civilians by Taliban insurgents, as well as the alleged torture of prisoners by Afghan authorities and, to a lesser extent, by US forces and the CIA. The ICC investigation was given the go-ahead in March.

But this September, the US State Department imposed sanctions on Bensouda, also restricting the issuance of visas for individuals they said were involved in the court’s efforts to investigate US personnel.

US President Trump last year issued a series of pardons for those accused of committing war crimes including Matt Golsteyn, an ex-member of the elite US Army Green Berets, charged with premeditated murder in the shooting death of an alleged Taliban bomb-maker in 2010.

"The US military justice system almost always fails to hold its soldiers accountable for unlawful killings and other abuses,” said Richard Bennett, Amnesty International’s Asia Pacific director in 2014, referring to the killing of thousands of Afghan civilians by US forces in air strikes and night raids.

“None of the cases that we looked into – involving more than 140 civilian deaths – were prosecuted by the US military. Evidence of possible war crimes and unlawful killings has seemingly been ignored.”

The British government and its armed forces were accused last year of covering up war crimes in Afghanistan including killing children and torturing civilians.

An investigation by the BBC and the Sunday Times “found evidence of murders by an SAS soldier, as well as deaths in custody, beatings, torture and sexual abuse of detainees by members of the Black Watch."

Canada has faced allegations that Taliban members captured by Canadian troops and handed over to Afghan authorities had been tortured, but has dismissed them by saying the militants often made false claims of mistreatment.

The three suspected Taliban members said they had been captured by Canadian troops, given a document that said torture was no longer used in Afghanistan and then transferred to the Afghan secret police.

“The people from the secret service tore it (the document) up and threw it in my face. They tortured me for 20 hours. I protested and said the Canadians had promised that nothing would happen to me,” La Presse quoted one of the three men as saying.

In 2001, the Junbish-i Milli faction under the Afghan Northern Alliance penned around 8,000 Taliban fighters into sealed containers to transport them to Sheberghan prison. Hundreds or thousands were killed, their bodies buried in mass graves in Dasht-i-Leili.

Afghan forces have been accused of killing their own people and this has been on the rise.

One of the more recent instances is in September of this year, when twin air strikes on a Taliban base in Kunduz killed at least 10 civilians and wounded 11 more.

A UN report found that US and Afghan troops had killed more people in the first quarter of 2019  than the Taliban did.

This year, the UN blamed Afghan government forces for more than 170 civilian casualties in April and a similar report last year said that casualties attributed to Afghan security forces rose 38 percent to 172, according to provisional data from the UN Assistance Mission in Afghanistan.

More consistent threats to the Afghan people and their security have been the continuous bombing, mass shootings and sexual violence perpetrated by the Taliban.

A UN report found that the Taliban were responsible for 45 percent of civilian casualties in the first nine months of 2020.

In 1998, when the Taliban was running the country, they were accused of dragging hundreds of civilians out of their homes and shooting them. They were also accused by the UN of restricting access to emergency food for 160,000 people in opposition territory.

In August of 1998, "Taliban forces in the multiethnic northern city of Mazar-i Sharif killed at least 2,000 civilians," a Human Rights Watch report said. Most of the victims were Hazaras, an ethnic group living in the mountains of central Afghanistan.

Between 2,000 and 2,001, the Taliban massacred hundreds of Hazara, an ethnic group living in the mountains of central Afghanistan. Some of the victims in the 2,000 massacre were believed to have been tortured before they were killed. In 2001, they were suspected of helping out the Northern Alliance.

In 2010, Amnesty International was calling for the prosecution of Taliban leaders for war crimes.

“In the time that they controlled Afghanistan, from 1998-2001, such public floggings and executions were frequent occurrences in towns controlled by the group,” the Amnesty report said.

“In addition to such tactics of terror which misuse concepts of Islamic law to instate a reign of terror, the Taliban are also guilty of increasingly bloodthirsty killing campaigns that kill hundreds of Afghan civilians.” 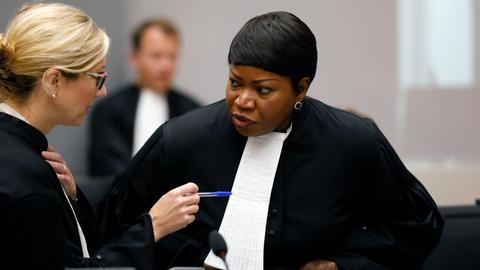 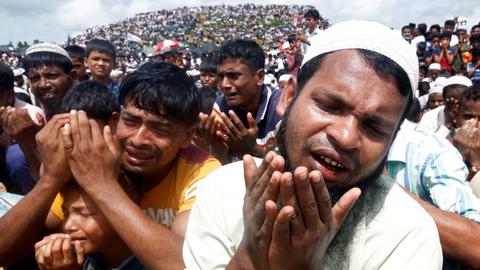