The security has been tightened in Cox's Bazar to protect the refugee camp from further violence.

Armed assailants targetted an Islamic seminary in a Rohingya refugee camp in Bangladesh, killing seven people and injuring 20 others.

The attackers went berserk, shooting haphazardly at refugees and stabbing many of them in knife attacks at the Balukhali refugee complex in Cox's Bazar, according to the Bangladeshi police.

This is yet another brutal attack marked in a Rohingya camp after the recent killing of Rohingya leader, Mohibullah. Bangladesh's Home Ministry said had beefed up the security at Rohingya refugee camps after Mohibullah's assassination.

An on-duty official from the Armed Police Battalion, who declined to give his name because he is not authorised to speak to the media, confirmed the number of deaths and the use of firearms during the attack but did not explain the reasons.

However, Reuters quoted its sources in the camp saying unidentified men attacked an Islamic seminary at Block H-52 of Camp No 18 before daybreak. Local law enforcers have so far arrested a man on suspicion of involvement in the attack.

Md Hasanuzzaman, Cox's Bazar district police chief, described the incident as an "armed clash" and said the police has already begun operations to detain the perpetrators.

"Situation at the refugee camps is under control now," the police official said, adding that the death toll might rise.

ARSA blamed for killing and chaos

Some groups in Cox's Bazar, which houses about 1.2 million Rohingya refugees who fled Myanmar's Rakhine state after a deadly military crackdown in August 2017, have been involved in shooting incidents in the past, which law enforcement officials blamed on "Rohingya robbers" or "smugglers."

Ansar Ali, a Rohingya community leader in the camps, alleged that the Arakan Rohingya Salvation Army (ARSA) is to blame for the killings and chaos.

"ARSA men have been trying to control the refugee camps," he told Anadolu Agency, "and they often conduct secret killing operations if anyone tries to protest them."

Earlier, police arrested five suspected ARSA members for their alleged involvement in the murder of Mohibullah.

Home Minister Asaduzzaman Khan Kamal said on Thursday that the government had held talks with all concerned parties and stakeholders to maintain law and order and overall security in Cox's Bazar and the Bhasan Char island, where 20,000 Rohingya have been relocated this year.

READ MORE: Rohingyas: The Mechanics of a Crime | Storyteller 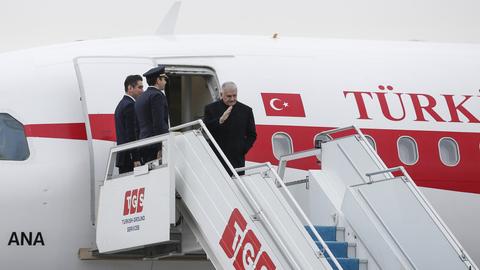