The reward is the largest in Queensland’s history and unique in that it does not seek a clue that solves the 2018 crime but leads to one suspect’s location and arrest.

Australian police have offered a $633,000 reward for information on the whereabouts of an Indian national who is suspected of murdering a woman on a tropical beach four years ago before returning to his homeland.

Queensland state police officers waited on Thursday in an office in Cairns to be contacted from India about where Rajwinder Singh, 38, can be found, Detective Inspector Sonia Smith said.

Singh was a nurse working at Innisfail, south of Cairns, when the body of 24-year-old Toyah Cordingley was found on Wangetti Beach on Monday, October 22, 2018.

She had gone to the beach, north of Cairns, to walk her dog the day before.

Singh flew from Cairns to Sydney the day Cordingley’s body was found and left for India the following day, police said.

Deputy Police Commissioner Tracy Lindford said detectives believed Singh remained in India. She appealed for witnesses among India's population of 1.4 billion people to come forward and “give some respite to the family who miss Toyah.”

Three Queensland detectives were already in India working with Indian authorities on the investigation, Smith said.

The reward is the largest in Queensland’s history and unique in that it does not seek a clue that solves a crime and leads to a successful prosecution. Instead, the money is offered for information that leads only to a suspect’s location and arrest.

“We know that people know this person, they know where this person is and we’re asking those people to do the right thing,” Police Minister Mark Ryan, who approved the reward, said.

“Now, there is a million reasons for a billion eyes around the world to help us deliver justice for Toyah,” he added.

The victim’s parents, Troy Cordingley and Vanessa Gardiner, released a video statement pleading for public help to find her killer.

“I can’t believe that it’s a million dollars, but Toyah deserves that. She deserves every bit of it,” Gardiner said.

Australia applied to India for Singh’s extradition in March last year but he could not be found. 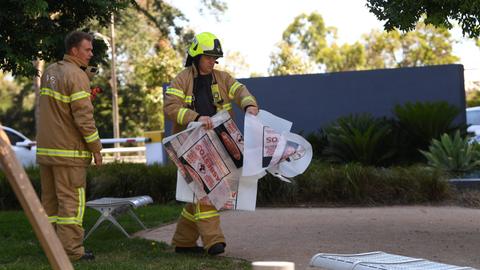