A Taliban car bomb in eastern Afghanistan killed at least 12 people and wounded scores more Sunday, officials said, in a massive blast that came amid ongoing peace talks in Qatar.

The Taliban are meeting with US negotiators and Afghan representatives in Doha as the US pushes to end its 18-year involvement in Afghanistan, but violence from the insurgents and the US military has continued apace.

Additionally, "179 people, mostly civilians including children, were wounded", he added.

The number of wounded jumped up from an earlier toll of 70 and suggests a massive explosion.

The Taliban claimed the attack in a WhatsApp message.

The seventh round of Taliban-US talks is aimed at forging a deal that would see the US military quit Afghanistan in return for various guarantees.

Both sides have reported substantial progress in the talks, which are paused Sunday and Monday while the Taliban meet with Afghan representatives for a so-called intra-Afghan dialogue. 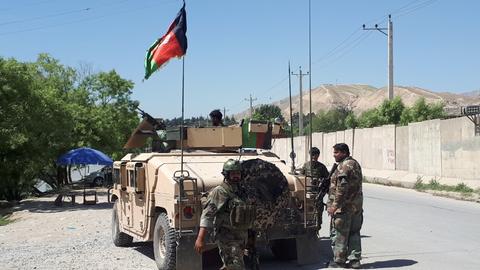