"It's a very significant, record-breaking event with the rainfall that we have seen," said Agata Imielska of the Bureau of Meteorology.

Police said hundreds of people had flocked to evacuation centres in areas north of Sydney in New South Wales state, and they expected many more to seek shelter as the rains moved south down the coast.

Flood waters in Port Macquarie are creating hazards for locals as large parts of NSW continue to be impacted by Heavy Rainfall. Stay on top of all the warnings here: https://t.co/Ss766fadjj
This video shot and provided by: https://t.co/h9leanQN1v pic.twitter.com/a3qm1i8lJX

The Bureau of Meteorology reported flooding levels surpassing record 2013 floods along the Hastings River outside Port Macquarie, about 400 kilometres (240 miles) north of Sydney.

Towns in the area have already seen record rainfall of more than 400 millimetres (16 inches) since Friday morning, the bureau said.

It warned the heavy rains were forecast to continue through Saturday "potentially leading to life-threatening flash flooding".

The flood and extreme weather warnings stretched from Port Macquarie to areas 500 kilometres south of Sydney, where residents were urged to stay indoors due to the flash flooding risk.

The Warragamba Dam, which provides much of the drinking water for Sydney, began spilling over Saturday afternoon in what experts expected to be the first significant overflow of the reservoir since 1990.

"We are in unchartered territory," warned Ian Wright, a water expert at Western Sydney University, who said the rapid urbanisation of the western Sydney area around the Warragamba since 1990 meant its spillover could no longer be reabsorbed by surrounding bushland.

Most of the severe flooding on Saturday was along the coast north of Sydney, where television images showed city and town streets underwater, and one house literally floating down a bloated river.

National broadcaster ABC said the rain and floods would also delay the already halting roll-out of coronavirus vaccines in Sydney and surrounding areas.

The country is due to begin the first major public phase of vaccine distribution on Monday although the programme has slipped behind the government's announced timetable due to supply and delivery issues.

Emergency services reported receiving more than 3,000 calls for help and carried out about 300 flood rescues Friday night and Saturday across the affected area. 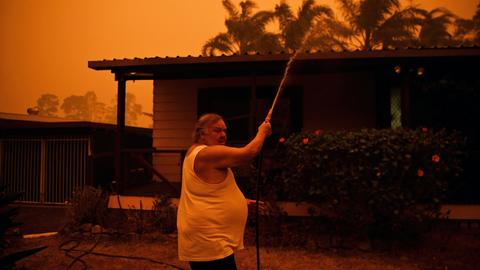 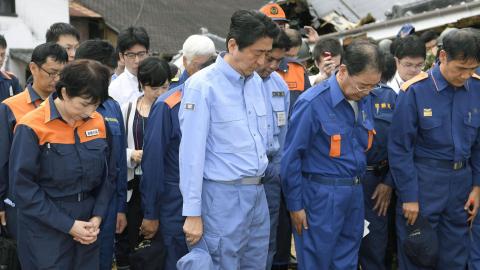