Hundreds of fans had gathered in a mall to watch Hong Konger Edgar Cheung’s winning bout, erupting into rapturous applause and cheers when he came out on top.

Hong Kong police said they had launched an investigation into Olympic Games fans who booed China's national anthem and drowned it out with chanting during a public screening at a mall.

The Chinese international finance hub has had its best Games on record with Edgar Cheung winning gold in fencing and Siobhan Haughey taking two silvers in swimming.

But the sporting success also comes at a politically turbulent time for the city as China cracks down on dissent in response to huge and often violent protests two years ago.

Hundreds of fans gathered in a mall on Monday night to watch Cheung's winning bout, erupting into rapturous applause and cheers when he came out on top.

At the subsequent medal ceremony, some fans initially booed China's national anthem and then chanted "We are Hong Kong" in scenes that were broadcast live.

"We are Hong Kong" is often chanted by Hong Kong football fans, many of whom revel in the city's unique identity and Cantonese culture compared to the primarily Mandarin-speaking Chinese mainland.

It was often chanted by football fans when China's national anthem played ahead of matches.

Hong Kong authorities passed legislation last year banning any insults to China's national anthem and flag with officials specifically citing football fans as one of the reasons they deemed the law necessary.

On Friday, police confirmed they were looking into whether the Olympic mall fans had broken the law.

"The police have initiated an investigation into the incident and will collect relevant evidence," a spokesperson said.

Police did not give further details.

A senior police source told AFP the investigation would cover "any insulting acts" towards the national anthem.

Hong Kong is a former British colony that was handed to China in 1997.

Beijing promised the city could maintain key liberties and autonomy for fifty years after the handover.

The city was a bastion of free speech inside China and anti-Beijing protests bubbled for years until they exploded in a huge popular street protest movement two years ago.

Since then, China has sought to remould the city in its own authoritarian image.

It has imposed a sweeping national security law that criminalises much dissent and pushed an official campaign to root out anyone deemed unpatriotic. 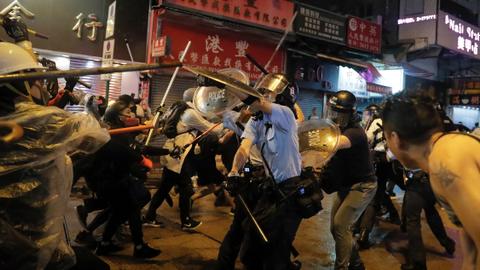 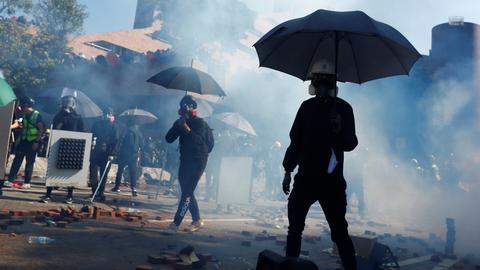 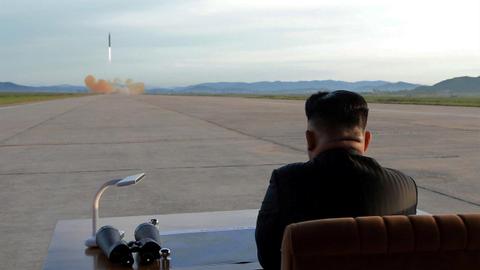