Global pressure on military junta mounts with Asian neighbours joining Western countries in condemning lethal force that has caused more than 230 deaths, according to a monitoring group.

Protesters have returned to the streets across Myanmar, defying a junta-led campaign of fear as regional powers Indonesia and Malaysia condemned the violence deployed by security forces against anti-coup demonstrators.

Local media on Saturday showed protesters in gas masks gathering in northern Shan state, while in the southern coastal city of Dawei, motorists hoisted posters of Suu Kyi and signs that said "end the dictatorship".

Outside of protests, crackdowns continue on the streets and residential areas across Myanmar, said the Assistance Association for Political Prisoners (AAPP) monitoring group.

"Casualties and unprovoked shootings are increasing day by day," it said.

A young man was shot and killed in one of the most turbulent neighbourhoods of the main city of Yangon, a resident and media reported, taking the death toll since the February 1 coup to 238, according to a tally by AAPP.

In the central ruby-producing city of Mogok, local media Myanmar Now reported that a neighbourhood's night guards were shot overnight.

"One died on the spot last night while two others are in critical condition in the hospital," a rescue team member confirmed to AFP news agency, declining to give more details.

The country's commercial hub Yangon has emerged as a hotspot for unrest, as security forces armed with guns continue to root out protesters wielding homemade protection gear.

But the resistance movement remains defiant.

"Who says we have to give up because of unequal weapons? We are born for victory," tweeted prominent activist Ei Thinzar Maung, with the hashtag #SpringRevolution.

Sporadic demonstrations persisted Saturday across the former capital, with a small group marching on a residential area chanting for the military to "Surrender if you do not want life in prison!"

The country has been in turmoil since the military ousted civilian leader Aung San Suu Kyi from power in a February 1 coup, triggering a nationwide uprising as protesters call for a return to democracy.

Dozens of demonstrators gathered in the second city of Mandalay.

Several were injured when a vehicle drove into them and when police fired rubber bullets, a city news portal reported. It was not clear why the vehicle hit the protesters.

There were small protests in other towns, including Kyaukme and Hsipaw in the northeast, Kawlin in the north, Hpa-an and Myawaddy in the east, Labutta in the Irrawaddy river delta, Myeik in the south and the central town of Yay Oo, according to news portals and social media images.

Hundreds marched in the town of Monywa and burned a copy of the 2008 constitution, which was drafted under military supervision and limits the powers of elected civilians, the Irrawaddy news portal reported.

Tom Andrews, UN special rapporteur on the human rights situation in Myanmar, said the junta could not defeat a population "united in peaceful opposition" against its rule.

"Desperate, it launches ruthless attacks to provoke a violent response to try and justify even more violence," he tweeted Saturday.

"It's not working. The world must respond by cutting their access to money & weapons. Now."

The junta can't defeat the people of Myanmar united in peaceful opposition. Desperate, it launches ruthless attacks to provoke a violent response to try and justify even more violence. It's not working. The world must respond by cutting their access to money & weapons. Now. pic.twitter.com/ezRlDMabwg

Opponents of Myanmar's coup have planned more protests as international pressure on the military junta to halt its repression of pro-democracy supporters increased, with Asian neighbours joining Western countries in condemning lethal force.

That took the death toll since the February 1 coup to 237, according to a tally by the Assistance Association for Political Prisoners activist group.

The bloodshed has not quelled the anger over the ouster of the elected government and the detention of its leader, Aung San Suu Kyi, though some protest organisers say they have to adapt their tactics.

"We protest where there are no police or military, then when we hear they're coming, we disperse quickly," campaigner Kyaw Min Htike told Reuters from the southern town of Dawei.

"I don't want to lose a single one of my comrades but we'll protest any way we can until our revolution prevails."

In other towns, people have been gathering at night to hold up candles and protest banners and pose for photographs before melting away.

Makeshift barricades of bamboo, brick and burning rubber tyres have lent the streets of Myanmar's largest city the look of an urban warzone, and now the military are forcing civilians to dismantle them, piece by piece... at gunpoint.

Constructed using any material to hand, the barriers that have sprung up across Yangon offer scant protection against the live rounds the security forces have resorted to with increasing frequency and lethal effect to crush the mass opposition.

The barricades have become something of a protester trademark, blocking main roads and employing everything from sand-filled cement bags and bamboo screens to large, wheely garbage bins and housing bricks.

They have been partially successful in slowing down the movement of the security forces, who are now intent on forcing local residents – including those not involved in the protests – to dismantle and remove them.

UN Secretary-General Antonio Guterres on Friday condemned what he denounced as the military's continuing brutal violence. A "firm, unified international response" was urgently needed, his spokesman quoted him as saying.

The US House of Representatives approved legislation condemning the coup and lawmakers decried the increasingly harsh tactics against the demonstrators.

Authorities have tightened restrictions on internet services, making information increasingly difficult to verify, and clamped down on private media.

Ambassadors of Western countries condemned the violence as "immoral and indefensible," in the Hlaing Tharyar industrial district of the commercial capital Yangon, where dozens were killed over several days after Chinese-owned garment factories were torched last weekend.

"Internet blackouts and suppression of the media will not hide the military's abhorrent actions," they said in a statement on Friday.

Asian neighbours, who have for years stuck to a code of not criticising each other's internal problems, have also been speaking out to urge an end to the violence.

Indonesian President Joko Widodo, in some of the strongest comments yet by a regional leader, said he would ask Brunei's Sultan Hassanal Bolkiah, the chairman of the Association of Southeast Asian Nations (ASEAN), to call an urgent meeting.

"Indonesia urges that the use of violence in Myanmar be stopped immediately so that there are no more victims," Jokowi said in a virtual address.

"The safety and welfare of the people must be the top priority."

Backing Indonesia's call for a meeting, Malaysian Prime Minister Muhyiddin Yassin said he was appalled by the persistent use of lethal violence against unarmed civilians.

Singapore has also spoken out against the violence and the coup that triggered it, calling for the release of Suu Kyi.

But the military has shown no sign of being swayed and has defended its takeover, which derailed a slow transition to democracy in a country that has been ruled by the army for most of its post-independence history.

It says a November 8 election won by Suu Kyi's National League for Democracy was fraudulent and its claims were ignored by the electoral commission. It has promised a new election but not set a date.

Suu Kyi, 75, faces accusations of bribery and other crimes that could see her banned from politics and jailed if convicted.

Her lawyer says the charges are trumped up. The Nobel peace laureate, who has campaigned for democracy in Myanmar for three decades, is being held at an undisclosed location. 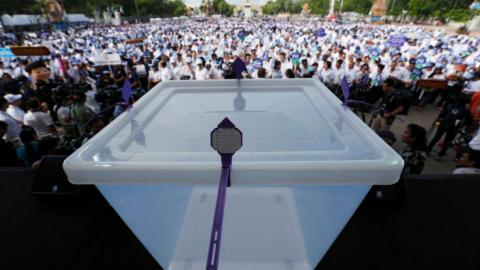 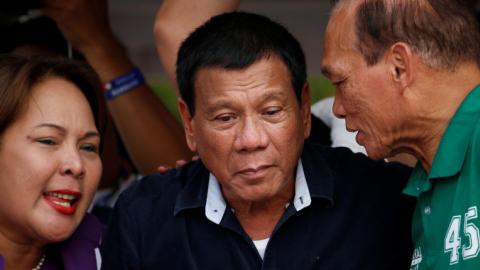 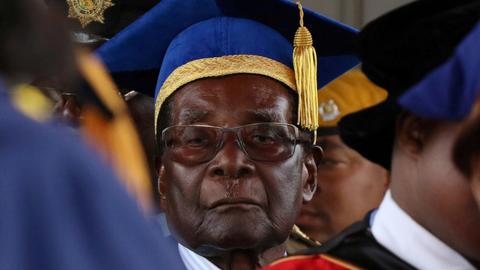