The merger of the Federally Administrated Tribal Areas with the Khyber Pakhtunkhwa province is a key step to ending the region's much-criticised colonial-era governance system.

The assembly of Pakistan's northwestern Khyber Pakhtunkhwa province approved a bill Sunday to merge the Federally Administrated Tribal Areas (FATA) along the Afghan border with its territory, paving the way to granting equal rights to about 5 million people in the restive area.

The milestone step comes after both houses of Pakistan's parliament had earlier approved granting equal rights to the tribes that have been governed for over 150 years by British-era laws. The bill now goes to President Mamnoon Hussain to be signed into law.

Haji Abdul Rehman, a tribal elder from the Mohmand tribal area and member of the Grand Tribal Jirga (Council), welcomed the step saying it will give the tribes rights other Pakistanis enjoy, in addition to bringing development and facilities to the region.

Likely fearing loss of political influence in the region, Jamiat Ulema-e-Islam party, however, opposed the process saying the region's population should have been consulted before any decision was taken.

Outside the assembly hundreds of the party's supporters tried to block entry to the assembly; police used batons and tear gas to disperse them.

Rights groups have long argued that residents of FATA to have the same laws as the rest of Pakistan, pointing out that the use of colonial-era laws against local people tramples basic rights. 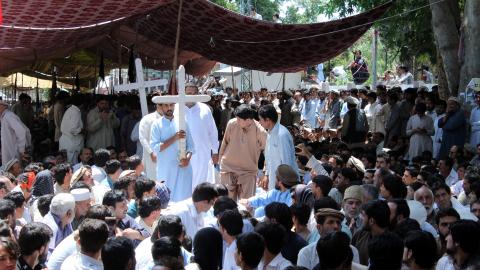 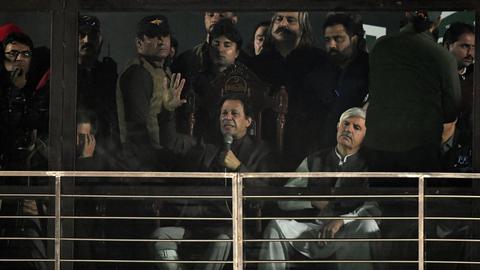