"Issues of governance and the meltdown of Afghan national defence forces need to be looked into," Pakistan's foreign minister says adding that Islamabad cannot be held responsible for the failure of others.

Pakistan has said the international community needed to look into the "meltdown" of Afghan security forces in the face of Taliban offensives across Afghanistan, instead of blaming Pakistan for the fast-deteriorating situation.

"The capacity-building, the training, the equipment ... where is it?" Pakistani Foreign Minister Shah Mehmood Qureshi asked at a news conference on Monday, referring to resources spent by other countries, particularly the United States, on bolstering Afghan national forces.

READ MORE: There are no innocent bystanders in the Afghan war

"Issues of governance and the meltdown of Afghan national defence forces need to be looked into," he said.

Pakistan cannot be held responsible for the failure of others, he said.

Taliban fighters have swiftly gained territory across Afghanistan since May, including six provincial capitals in the last three days, as international forces near a complete withdrawal from the country after 20 years of fighting.

Kabul and several western governments say Pakistan's support for the Taliban allowed it to weather 20 years of war after being pushed from power in 2001 by a US-led invasion of Afghanistan.

The group today controls more territory that at any point since 2001.

"The lack of will to fight, the capitulation that we are seeing in Afghanistan ... can we be held responsible for that? No we cannot," Qureshi said, adding that Pakistan supported a political solution to bring peace to Afghanistan.

He said Pakistan had been instrumental in bringing the Taliban to the negotiating table with the US and facilitated the resultant agreement between the two in Doha last year.

Pakistan, Qureshi said, had also helped convene peace talks between the Taliban and the Afghan government in September last year, which have since stalled.

Qureshi said Islamabad was concerned at the violence and the lack of progress in the talks, saying that Pakistan had most to lose from an unstable Afghanistan as a direct neighbour.

Questioning the pullout of US forces, Qureshi said Pakistan thought the withdrawal would be tied to the progress in the peace talks.

Other regional countries, including Afghanistan, have also blamed what they termed a hasty and unconditional withdrawal of foreign troops for the success of the Taliban.

Qureshi said there would be a meeting in Doha on Wednesday of the "Troika", a platform to discuss Afghanistan led by the United States, China, Russia.

The meeting is three weeks before the August 31 date that Washington set for the official withdrawal of its military forces in Afghanistan.

NATO's exit from Afghanistan is continuing, an official of the military alliance said on Monday, as Taliban militants captured a sixth provincial capital in the war-torn country.

"There is no military solution to the conflict, and the Taliban must understand that they will never be recognized by the international community if they reject the political process and try to take the country by force," the official added. "They must cease their attacks and take part in peace talks in good faith." 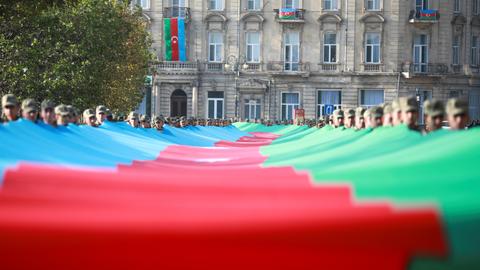