More than half-a-dozen countries have been drawn into an argument over the control of a waterway that serves as an important trade route and is rich in natural resources.

What's the fight about?

It is a territorial dispute over a busy waterway. Goods worth $5.3 trillion pass through the South China Sea, which is also rich in marine life, contributing to 10 percent of the world's fish trade.

Natural resources are also abundant here. The US Energy Information Agency estimates there are some 11 billion barrels of oil and 190 trillion cubic feet of natural gas reserves under the sea, exceeding what some of the world's biggest energy exporters have.

Who claims the disputed waterways?

The main countries are the ones geographically close to the disputed waterway. China, Brunei, Malaysia, the Philippines, Taiwan and Vietnam all have overlapping claims on the South China Sea. China claims almost the entire stretch.

Then there are countries that are not geographically linked to the waterway, but have their strategic interests. The US regards the South China Sea as international waters, and wants it to be "free" for navigation under the UN maritime law.

Japan, in its race to counter China's growing influence in the region, is also involved.

If so many countries claim the waterway, who controls what?

The United Nations Convention on the Law of the Sea (UNCLOS) sets out that states can control the territorial waters within 200 nautical miles (370 km) off their shores. These are called the Exclusive Economic Zones (EEZ).

Where the zones overlap, as in some cases, neighbouring states need to decide on maritime borders.

The convention passed in 1982 states that areas that do not fall under EEZ should be international waters, shared by everyone and free for navigation.

Countries cannot claim sovereignty over land masses that are submerged or were submerged but that have now surfaced above high tide level because of illegal construction.

If there are clear guidelines, what's the fuss?

China asserts it is entitled to more than the 200 nautical miles from its shores. It's claim overlaps with the EEZ of Vietnam, the Philippines, Malaysia and Brunei.

Beijing says several islands in the stretch were discovered and mapped by Chinese sailors thousands of years ago during various naval expeditions and are integral parts of China.

In 1947, China outlined its claim to the disputed waterway by drawing a map with a U-shaped line covering almost 70 percent of the South China Sea.

Referred to as the nine-dash line, it covered the Paracel and Spratly islands, a cluster of more than 30 others.

The Paracel islands are claimed by China and Vietnam. Hanoi says they ruled the islands since the 17th century, long before China.

Similarly, the Scarborough Shoal, a 60 square mile (97 km) chain of rocks and reefs is claimed by both China and the Philippines.

Manila bases its claim on geographical proximity and history, arguing they have had claim over the islands for hundred of years.

Then there's the Spratly Islands, of more than 700 reefs, islets, atolls and islands. Six countries have staked claims there: China, Vietnam, Taiwan, Malaysia, Brunei and the Philippines.

Malaysia and Brunei say the islands are theirs as part of their EEZ.

What have the countries been up to on the islands?

For decades, all countries except for Brunei have carried out some sort of construction on the existing islands but China has outpaced other players.

Philippines, Vietnam and Taiwan have military presence on some of these islands.

As China does not acknowledge the UN convention on EEZ, it has been actively turning coral reefs and submerged land masses into artificial islands

​In 2012, China reconstructed seven islands on the Scarborough Shoal,that could allow it to monitor US military activity in the stretch at its base in the Philippines. Manila pursued the matter in the permanent court of arbitrations in the Hague instead of diplomatic channels

When China moved a giant oil rig to the region in 2013, it was seen as direct threat by the Vietnamese and undermined China-Vietnam relations, University of Maryland's Professor from the School of Public Policy, John Rennie Short wrote.

Beijing has also positioned surface to air missiles on, Woody Island, one of the largest islands and recently added a helicopter base to Duncan Island.

Since 2013, Beijing started extensive construction on the floating and submerged reefs of the Fiery Cross in the Spratly islands, installing airstrips and missile defence systems. It also conducts regular patrols, driving away non Chinese vessels.

China's Premier Li Keqiang said it was not militarising the South China Sea, although defence equipment on the disputed islands had been placed there to maintain "freedom of navigation."

"China's facilities, Chinese islands and reefs, are primarily for civilian purposes and even if there is a certain amount of defence equipment or facilities, it is for maintaining the freedom of navigation," he said.

Vietnam and the Philippines are also involved in artificial island construction in this area.

Why is the US involved?

Every year about $1.2 trillion of US-traded goods pass through this route, and Washington wants it to remain as part of international waters.

The stretch is also close to the Philippines, an ally in region from where Washington can keep an eye on developments in China.

Manila and Washington have a mutual defence treaty which dates back to World War II. The US has also provided Manila with hi-tech military hardware for intelligence gathering and surveillance to counter China.

How has the dispute been handled?

The Philippines challenged China's reconstruction of seven islands on the Scarborough Shoal at a UN backed permanent court of arbitration in the Hague in 2013.

The tribunal last year ruled in favour of the Philippines, saying China had illegally seized its maritime territory.

"There was no legal basis for China to claim historic rights to resources within the sea areas falling within the 'nine-dash line'," the court said.

The judges said the "elaborate" construction by the Chinese had extensively damaged the coral reefs.

Beijing rejecting the verdict said the court had no authority to rule on the matter.

Is there a resolution in sight?

It doesn't look like. Tensions in the South China Sea have several times pushed the countries involved to the verge of confrontation. The international community has been rallying for a diplomatic solution.

For the past seven years, China and nine other members of Association of Southeast Asian Nations (ASEAN) have been discussing a new code of conduct for the South China Sea.

China says its first draft is ready but details on what it entails have not been released. The code of conduct is set to be discussed at the Asean leaders' summit in November in the Philippines. 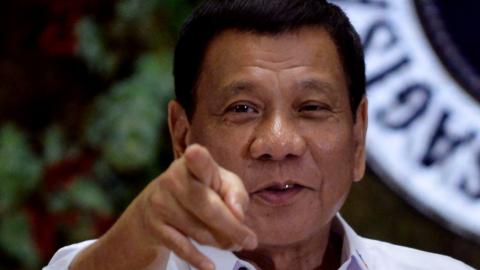