The UN says about 270,000 Rohingya fleeing violence in Myanmar have sought refuge in Bangladesh in the past two weeks, stretching aid efforts.

Turkey’s First Lady Emine Erdogan handed out aid to Rohingya refugees during a visit to a camp in Bangladesh near the border with Myanmar on Thursday.

She joined a delegation that included Foreign Minister Mevlut Cavusoglu, who arrived a day before to discuss the situation in Myanmar.

Turkey started the first foreign deliveries of aid on Wednesday to northwestern Myanmar, where hundreds of people have been killed and, according to UN estimates, nearly 270,000 have fled over the border to Bangladesh in the last two weeks.

"It is impossible not be touched as a woman, mother and human. May God help these people. I hope the whole world puts this issue on its agenda," said Emine Erdogan.

"This issue must be resolved through humanitarian aid and politics. Such an atrocity in this age is unbelievable and it's all happening before the eyes of the entire world," she added.

Turkey will provide 10,000 tonnes of aid to help Rohingya Muslims who have fled violence in Myanmar, the government announced on Wednesday.

The International Organization for Migration said the estimate of new arrivals had increased considerably partly because of an assessment on Sept. 6, when humanitarian workers visited more locations, and found 75,000 newly arrived people in nine locations.

There were 130,000 people in the registered refugee camps and three makeshift settlements, 90,000 in host communities, and "nearly 50,000 in new spontaneous settlements which are expanding quickly with people still searching for space to make temporary shelters", an IOM statement said.

"While most of Rohingya refugees arrive on foot, mostly walking through the jungle and mountains for several days, thousands are braving long and risky voyages across the rough seas of the Bay of Bengal," UNHCR said. 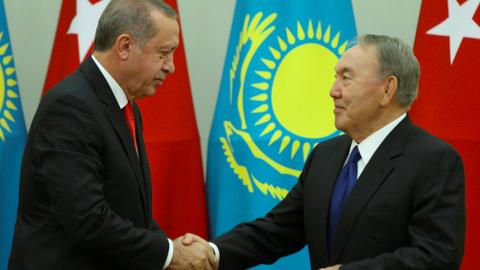 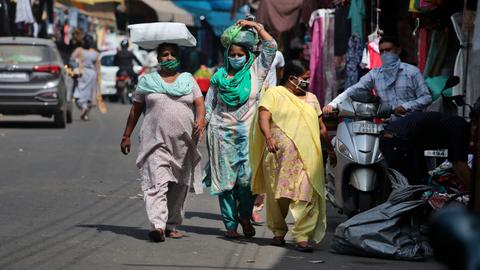