The employees staged a similar work stoppage in July during another sales day for the retailer.

Amazon workers in Spain, Germany and Britain went on strike on the day of the "Black Friday" sales bonanza asking for better work conditions, though the online giant played down the impact of the stoppage.

The employees, many of whom are following the hashtag #Amazonwearenotrobots, had already staged a similar work stoppage in July during another sales day for the retailer.

Amazon defended its workplace policies, saying it had created more than 25,000 jobs in the United Kingdom and describing itself as "an employer that is as reliable as it is good" in Germany.

In Spain, Amazon's San Fernando de Henares facility near Madrid, the country's biggest which employs some 1,500 people, had come to "a complete standstill" according to the CCOO union.

Ana Berceruelo of the union said that "lorries are not entering, nor are they leaving" the centre, which prepares packages for clients in Spain and other European countries.

But in a statement, Amazon said "the majority of workers on the morning shift" were working and processing orders.

In Germany, the Verdi union said the strike affected two facilities in Bad Hersfeld in the centre and Rheinberg in the west.

Employees want a labour agreement that would better overtime pay, for instance.

There again, Amazon in Germany said that the "vast majority" of employees were working, which meant that orders weren't affected.

In Britain, meanwhile, the GMB union was planning protests in five facilities to denounce "inhuman conditions," citing for example employees who don't have time to go to the toilet or a pregnant woman forced to work standing up.

Amazon though said its work conditions are good and that it "has over 40 percent fewer injuries on average than other transportation and warehousing companies in the UK."

In its statement, though, Amazon said employees had "a competitive salary, complete package of benefits and innovative training programmes."

Meanwhile in France, a group of activists dumped old electronic devices in front of Amazon's French headquarters to protest to what they said was the online retailer's lack of recycling measures, as well as overconsumption encouraged by Black Friday sales. 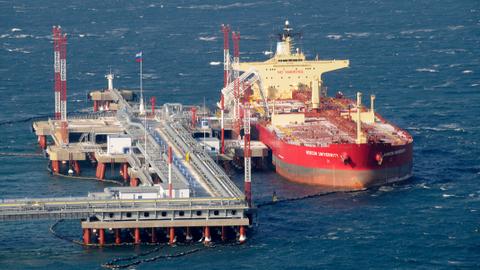