1
Bitcoin swings past $62,000 to hit record high
2
Microsoft to acquire AI firm Nuance in cash deal valued at $19.7B
3
Bitcoin hits weekend high of over $61,200
4
Coinbase to usher in cryptocurrency trading at Wall Street
5
Netflix to stream Sony films like 'Spider-Man' after theatres

Bitcoin is in the headlines, re-kindling a debate over its true role and the drivers behind its latest scintillating rally.

Bitcoin, with a history of vertiginous ascents and steep drops, is close to taking out its record peak of near $20,000, having climbed almost 160 percent this year. Its gains in November alone are more than 30 percent.

As central banks and governments unleashed the money-printing presses and spending taps to combat the damage from the Covid-19 pandemic, plentiful liquidity has lifted assets from emerging currencies and junk bonds to bitcoin and stocks.

Assets under management (AUM) at Grayscale, the world’s largest digital currency manager, have soared to a record $10.4 billion, up more than 75 percent from September. Its bitcoin fund is up 85 percent.

Smaller rival CoinShares says its AUM has climbed more than 150 percent this year to $1.3 billion.

JPMorgan analyst Nikolaos Panigirtzoglou says there are signs of family offices, which manage money for wealthy people, allocating towards the cryptocurrency.

With governments and central banks in full stimulus mode, some observers reckon bitcoin is a useful safeguard against inflation – with supply capped at 21 million, its scarcity gives it an innate value.

Some who buy gold to hedge inflation risk may be turning to crypto, JPM’s Panigirtozoglou said, adding: “There is a reassessment of bitcoin about its value here as an alternative currency, as an alternative to gold.”

But bitcoin’s rise outstrips gold’s gains of 20 percent or so, while an inflation-linked government bonds index is up 4 percent.

And its rally has sped up in recent weeks even as gold has flatlined, and the resurgent pandemic makes a growth and inflation recovery a distant prospect.

Part of the gains may be due to growing acceptance of bitcoin as a payments system and by a broader range of investors.

Bitcoin has jumped by half since PayPal said last month it would open its network to cryptocurrencies, meaning users could spend bitcoin at its 26 million merchants. That fanned hopes it could catch on as a way to pay.

Traders who say there is more participation by bigger investors point to lower levels of volatility than during the 2017 bubble. Ten-day price swings against the dollar between end-June and mid-November – a period when bitcoin prices nearly doubled – were well under historical averages. 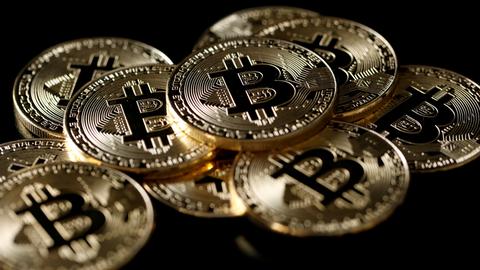 1
Bitcoin swings past $62,000 to hit record high
2
Microsoft to acquire AI firm Nuance in cash deal valued at $19.7B
3
Bitcoin hits weekend high of over $61,200
4
Coinbase to usher in cryptocurrency trading at Wall Street
5
Netflix to stream Sony films like 'Spider-Man' after theatres