Barneys, an icon of America's luxury clothing world for decades reached the deal for a financial lifeline.

Barneys New York Inc filed for bankruptcy protection on Tuesday and put itself up for sale, pushed to the brink by falling revenue and soaring rent at its stores that caused many vendors to effectively stop shipping merchandise to the luxury department store chain.

Barneys, which plans to slim down to seven stores after closing 15 locations, reached a deal for a financial lifeline that gives the retailer until late October to find a buyer or commence a liquidation that would close its doors for good.

“We do not have a white knight as we stand here right now,” said Joshua Sussberg, a Kirkland & Ellis LLP restructuring lawyer representing Barneys, during an emergency bankruptcy-court hearing in New York.

On Tuesday afternoon, Barneys reached a deal for roughly $218 million in fresh financing from Brigade Capital Management LP and B. Riley Financial Inc that would repay existing lenders and help the company operate while pursuing a sale, Sussberg said. U.S. Bankruptcy Court Judge Cecelia Morris allowed Barneys to tap $75 million of that loan.

The bankruptcy filing represents a significant fall for a nearly century-old luxury retailer that attracted cutting-edge fashion designers, celebrities and bestowed an aura of chic among its shoppers. Barneys owes money to Yves Saint Laurent, Gucci, Prada and Canada Goose, among other creditors, according to bankruptcy-court papers filed Tuesday.

“If you are a good person and you work hard, you get to go shopping at Barneys. It’s the decadent reward,” actress Sarah Jessica Parker, star of HBO television series “Sex and the City,” once told Vanity Fair magazine, according to Barneys’ website.

The retailer, which employs about 2,300 people, spent the past two months searching for a buyer or an investor, grappling with a steep hike in rent at its Manhattan flagship store on Madison Avenue to roughly $30 million a year from $16 million.

That was on top of pressure from high-end online retailers including Richemont-owned Net-A-Porter and Farfetch.

Those factors combined to create a cash crisis at Barneys. In turn, many vendors stopped shipping merchandise unless Barneys paid cash on delivery, a development that “paralyzed the inventory stream,” said Mohsin Meghji, the company’s restructuring chief and founder of turnaround firm M-III, in a court filing.

Italian apparel company Moncler, which sells luxury down coats usually fetching more than $1,000, said it began postponing deliveries of some its latest collections as early as June.

Factoring firm Hilldun Corp, which operates in the fashion industry and had 68 clients that shipped products to Barneys in the past year, stopped approving orders in July, Chief Executive Gary Wassner said.

Reuters reported in July that Barneys was exploring options that included a bankruptcy filing. The company worked round-the-clock over the past two months to find a buyer but ran out of time to reach a deal that would address its financial woes, according to court papers.

The retailer will close its physical stores in Chicago, Las Vegas and Seattle, along with five smaller concept stores and seven Barneys Warehouse locations where it sold more heavily discounted merchandise. Barneys unsuccessfully attempted to negotiate lower rent at some of those stores.

Barneys began in 1923 when Barney Pressman pawned his wife’s engagement ring to lease a small Manhattan store, according to court papers. It grew from a downtown New York City men’s retailer to a company with ambitions starting in the 1980s to become a nationwide department store chain.

“Just walking around with one of their shopping bags in those days was a status symbol,” said Peter Knight-Barnard, a 69-year-old retiree now in Italy, who recalled one of the first items he bought from Barneys was a cashmere sweater. “It was a big Saturday scene with all the great and good from Wall Street milling around.”

Barneys filed for bankruptcy once before, in the late 1990s, and completed a more recent debt restructuring outside of court proceedings in 2012 that handed ownership to a hedge fund run by financier Richard Perry and an investment firm founded by supermarket magnate Ron Burkle.

Barneys narrowly avoided a significant restructuring toward the end of last year with a $50 million cash infusion from lenders, Sussberg said during Tuesday’s court hearing.

That led to what Sussberg described as a 43-day sprint to find a buyer or investor. Those efforts failed.

About a half hour before Tuesday’s court hearing started, Barneys reached a deal for about $218 million in new financing to replace an earlier bankruptcy loan, Sussberg said. Barneys expects that money to repay existing lenders Wells Fargo & Co and TPG Sixth Street Partners, he said.

“For me, Barneys is mecca,” said Jocelyn Charnas, 40, a clinical psychologist wearing a black Barneys bag around her arm outside its Madison Avenue store.

“I’ll be very sad if it closes, mostly because I like to shop in person, I like to feel and touch fabric, and I think fit is so important,” Charnas said. “Online shopping really doesn’t do it for me.” 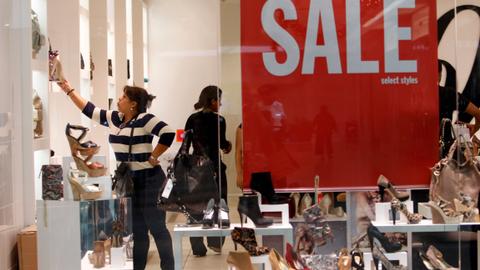 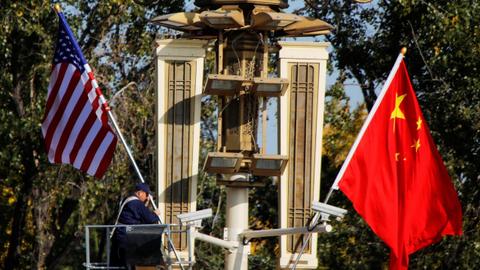 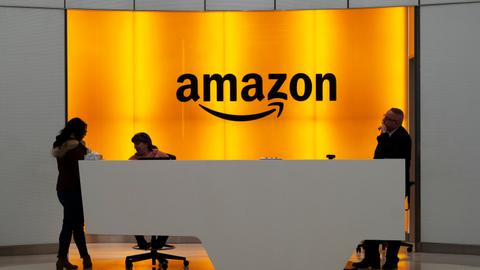