Niche crypto-asset exploded in popularity in early 2021, leaving many confused as to why so much money was being spent on items that do not physically exist.

Non-fungible token (NFT) sales have surged in August, according to the largest platform for the burgeoning digital asset class, as speculators bet growing interest across the art, sport and media worlds will keep prices rising.

The niche crypto asset, which is a blockchain-based record of ownership of a digital item such as an image or a video, exploded in popularity in early 2021, leaving many confused as to why so much money was being spent on items which do not physically exist.

Sales volumes recorded on the largest NFT trading platform, OpenSea, have hit $1.9 billion so far this month, more than ten times March's $148 million. In January 2021, the monthly volume recorded on the platform was just over $8 million.

The jump was driven by secondary market sales, OpenSea said on Wednesday.

"What we have seen are a few NFT collections popping up in the last few weeks that have been very successful at launch and sold out. That activity has then filtered over to OpenSea where buyers look to flip their NFTs for a higher price," said Ian Kane, a spokesman for DappRadar, which tracks the market.

Reuters found one NFT representing an image of a cartoon ape that was sold on OpenSea for 39 ETH – the cryptocurrency ether – last week (around $124,205 at time of purchase), by an account which had bought it for 22.5 ETH ($61,329) two weeks earlier, according to analytics platform Etherscan.

NFT market data varies depending on providers' methodology, but DappRadar recorded 32 known NFT sales above $1 million in the past 30 days.

MichaelK, a 30-year-old NFT buyer who asked not to give his full name, said he has spent about $250,000 on NFTs since September. He said he keeps 90 percent of his wealth in cryptocurrencies and NFTs.

Earlier this month, he bought an NFT of a cartoon penguin for around $139 worth of ether, then sold it four days later for around $3,956, according to Etherscan.

Other instances of high-return "flips" are visible on his OpenSea account, including a cartoon squiggle NFT bought for 0.01 ETH ($33), then sold for 1.5 ETH ($4,900) within seven hours.

MichaelK said the US Federal Reserve's ability to control the money supply played a role in his decision to speculate on largely unregulated crypto assets.

"When people hear these statistics they might think that I'm completely crazy... I look back at them and I say, you're holding a currency that's printed daily, to me you're crazy."

Rising cryptocurrency prices may have also played a role in the surge. NFTs are often valued in ether, which has risen around 23 percent in August.

Rabobank's head of financial markets research for Asia-Pacific, Michael Every, said that he was "gobsmacked" by the "bubblicious stupidity" of the NFT market.

He said that he saw the appeal of high returns for young people who would otherwise struggle to build wealth or get on the housing ladder, but compared it with buying a lottery ticket.

Every said NFTs were a bubble that would "absolutely" pop. 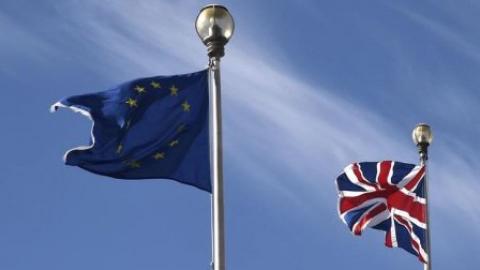