Ghosn, credited with rescuing Nissan from near-bankruptcy two decades ago, appeared thinner then before his arrest as he entered a court in handcuffs and a rope around his waist, wearing a dark suit without a tie.

Nissan Motor Co Ltd's ousted Chairman Carlos Ghosn defended himself against allegations of financial misconduct in a Tokyo court on Tuesday, declaring his innocence in his first public appearance since his arrest in November.

"I have been wrongly accused and unfairly detained based on meritless and unsubstantiated accusations," he told the Tokyo District Court, according to a prepared statement which was obtained by Reuters.

Ghosn, credited with rescuing Nissan from near-bankruptcy two decades ago, appeared thinner then before his arrest as he entered a court in handcuffs and a rope around his waist, wearing a dark suit without a tie.

A crowd of journalists and television crew gathered outside the court house while 1,122 people lined up for 14 seats assigned by lottery, highlighting the level of public interest in the case of the once-feted executive.

The hearing, requested by his lawyers, was held to explain the reasons for his prolonged detention since his Nov. 19 arrest.

Ghosn's Japanese lawyers are expected to speak in his defence for the first time since the arrest at a new conference scheduled on Tuesday afternoon. The legal team is headed by former prosecutor Motonari Otsuru.

The case has rattled Nissan's alliance with French automaker Renault SA, where Ghosn still remains chairman and chief executive. He had been pushing for a deeper tie-up between the pair, including potentially a full merger at the French government's urging, despite strong reservations at Nissan.

His arrest has also put Japan's criminal justice system under international scrutiny and sparked criticism for some of its practices, including keeping suspects in detention for long periods and prohibiting defence lawyers from being present during interrogations that can last eight hours a day.

Ghosn, who was arrested first on November 19, has been re-arrested twice on different charges since then, a tactic often used by Japanese prosecutors to keep suspects in detention.

He has been held at the Tokyo Detention Center, a spartan facility where small rooms have a toilet in the corner and no heater - a far cry from the jet-setting lifestyle Ghosn was accustomed to. His son, Anthony Ghosn, said his father had lost 10 kgs during his detention, according to France's weekly Journal du Dimanche.

Under Japanese law, suspects can be detained without charges for up to 23 days, and then re-arrested on separate allegations.

Ghosn has been formally charged with under-reporting his income. On December 21, he was re-arrested, but not indicted, on allegations of aggravated breach of trust. In the latter, Ghosn is accused of transferring personal investment losses worth $17 million to the carmaker.

Nissan, which has ousted Ghosn from its board, has said a whistleblower investigation also uncovered personal use of company funds and other misconduct. 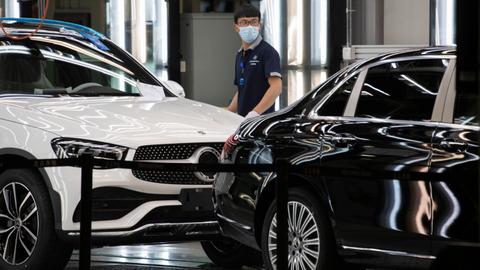 Mercedes to recall at least 660,000 vehicles in China