Pakistan and Russia agree to complete an oil and gas export process by end of March with Islamabad paying in "currencies of friendly countries" instead of US dollars.

Russia could start exporting oil to energy-starved Pakistan after March if terms are agreed, and is discussing with Islamabad whether payment could be made in the currencies of "friendly" countries, Russia's energy minister has said.

Pakistan has been battling a balance of payment crisis with foreign exchange reserves falling to $4.6 billion, barely enough to cover three weeks of imports — mostly for oil.

It said in October it was considering buying discounted Russian crude, citing neighbouring India, which has been purchasing from Moscow.

Pakistani officials and Russian Energy Minister Nikolay Shulginov, who is in Islamabad for an annual inter-governmental commission on trade and economy, said on Friday the key elements of the deal had yet to be agreed.

"As for the supply of crude oil and petroleum products, we conceptually agreed on the development and signing of an agreement that will determine and resolve all issues of logistics, insurance, payment, volumes," Shulginov told reporters in Russian, according to the Russian state news agency RIA Novosti.

Shulginov also said "negotiations are going on" about settlement in the currencies of "friendly" countries, meaning non-Western countries that have not imposed economic sanctions on Russia in response to its invasion of Ukraine. Oil is generally paid for in dollars.

Shulginov said the two sides had "established a timeline of this agreement in our joint statement —which is late March", according to RIA.

He added: "If we have dollars in excess, then we are ready to do the trade in dollars, and if there is a shortage of dollars and we have some other currency in our reserves, we are ready to trade in that. ...

"All these things will be finalised in the next 60 days, so that by the end of March the oil supply starts from Russia."

Energy purchases account for most of Pakistan's import bill.

Shulginov said Russian gas companies might not be in a position at present to extend any supplies to Pakistan.

"We have decided that it would be a good idea for Pakistan to approach Gazprom and Novatek, two largest LNG producing companies in late 2023 to discuss the conditions when they have spare capacities," he said.

Historically, Pakistan has had no major commercial relations with Moscow, unlike neighbouring India, and as a traditional US ally, it had also been hesitant to do trade or any business with Moscow in the past.

It currently depends on oil from Gulf countries, which often extend facilities such as deferred payments and can supply with lower transport costs, given Pakistan's relative proximity.

Loadshedding this winter has impacted domestic households and industries including textile manufacturing, one of the largest industries in Pakistan, with some plants temporarily closed.

READ MORE: 'Are we your slaves': Pakistani premier hits out at West over Russia letter 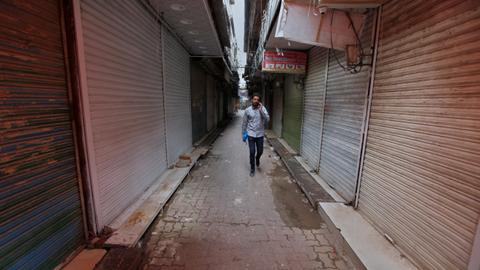